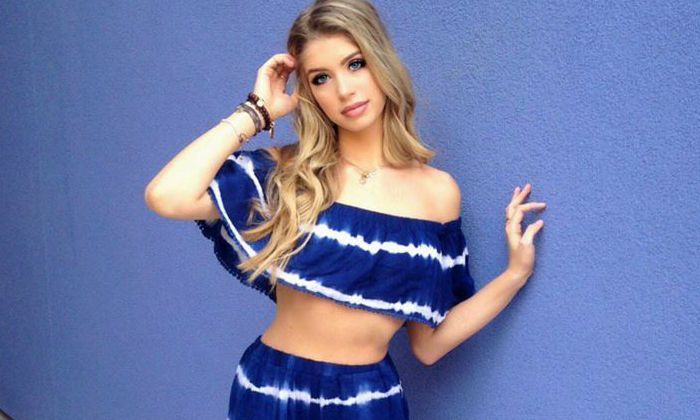 Who is Allie Deberry?

Allie Deberry is an American actress and model who began her creative career at a young age, perhaps best known for playing the character Paisley Houndstooth in the Disney Channel Original Series A.N.T. Farm. Over the years, the stunning beauty has appeared in many TV shows and films, including Lazer Team, Mamaboy, Suburgatory and From Dusk till Dawn: The Series.

Allie Deberry was born on the 26th of October 1994, in Houston, Texas, United States of America. She is currently 26 years old.

For education, Allie went to a public school in Woodland Hills Elementary, and then attended Kingwood Middle School and Kingwood Park High School. The budding actress was very much interested in sports and attended various sporting events in school. She was also a member of the choir and cheerleading squads.

DeBerry married Tyler Beede, an American professional baseball pitcher, on November 26, 2017. Tyler was born on May 23, 1993. in Worcester, Massachusetts, USA. He was selected by the San Francisco Giants in the 2014 MLB draft and currently plays for them. They dated for years before getting married in 2017.

Allie Deberry began her creative career at a young age when she was cast as a flower girl in the TV film, The Way She Moves, in 2001. This was her first onscreen appearance.

Her proper film debut came at the age of 13 with the romantic comedy film, Love and Mary (2007), in which she played the role of Sara Pedersen.

In 2001, she earned a guest-starring role as Brittany in the PAX-TV (now ION Television) sitcom, It’s a Miracle. She appeared in an episode titled “Lost Little Girl” of the fourth season of the series.

Allie Deberry gained immense popularity for her role as Paisley Houndstooth in the comedy-drama series “A.N.T. Farm”. Over the period of 2011 and 2013, she had appeared in over 30 episodes. In 2013, she was nominated for YA Awards in the category “Best Performance in a TV Series – Recurring Young Actress”.

Allie Deberry has an estimated net worth of around $1 million.

Allie got her start in the creative industry as a child by appearing in television commercials for such brands as Barbie, Burger King, and Hasbro.

She transitioned to television with minor roles in TV series such as ABC’s I’m With Her, Nickelodeon’s True Jackson VP, and Disney’s Shake it Up.