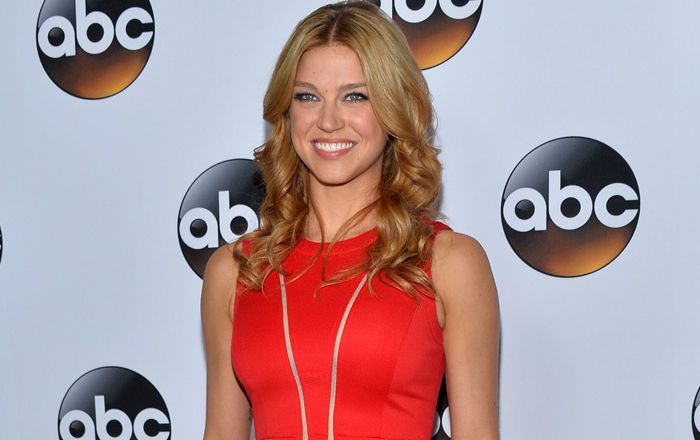 Adrianne Palicki is an American actress who is immensely popular for her roles as Tyra Collette on NBC’s Friday Night Lights and as Barbara “Bobbi” Morse on ABC’s Agents of S.H.I.E.L.D. She is a series regular in the Fox show The Orville where she plays Commander Kelly Grayson since 2017.  Her notable work in films includes Legion, Red Dawn, G.I. Joe: Retaliation, and John Wick.

Adrianne Palicki was born on the 6th of May 1983, in Toledo, Ohio, United States of America. She’s currently 38 years old.

She graduated from Whitmer High School in Toledo in 2001.

Adrianne Palicki was in a relationship with stuntman Jackson Spidell from 2013 to 2015. The couple got engaged in 2014, however, they called off their engagement in late 2015.

She is currently dating The Orville co-star Scott Grimes which she revealed herself at the San Diego Comic-Con in 2018. They got engaged in January 2019 and married on May 19, 2019. Their marriage didn’t last long and filed for divorce on 16 July 2020.

Palicki’s first film role was in the 2005 American film, Popstar, a direct-to-video film, also starring singer Aaron Carter in the lead role. She portrayed the role of Whitney Addison in the film.

Adrianne made her acting debut on television in an episode titled “Covenant” of Smallville as Kara in 2004.

Her portrayal of Tyra Collette in Friday Night Lights from 2006 to 2011, Barbara “Bobbi” Morse in Agents of S.H.I.E.L.D.

As of 2023, Adrianne Palicki has a net worth of $4 million dollars.

Palicki worked at Togo’s as a sandwich maker when she first got to Los Angeles.

She was a runner-up for homecoming queen at Whitmer High School.

Adrianne has got tattoos of Supergirl and her parents’ names, Jeff and Nancy, on her arm.

She has had a love for comic books from an early age and wrote her first comic book with her brother, Eric, titled No Angel, released on November 30, 2016.

Adrianne is currently starring as Commander Kelly Grayson in the Fox show The Orville from 2017.