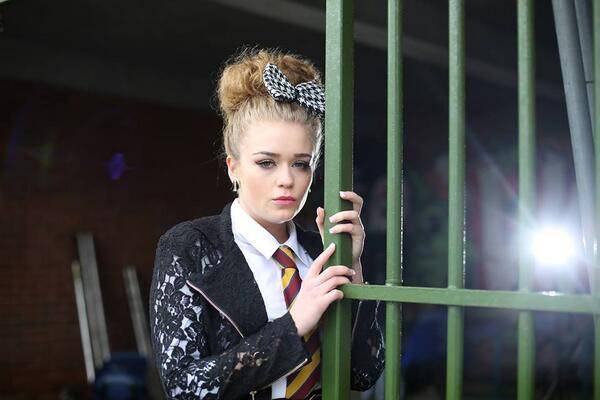 Abby Mavers is an English actress who’s perhaps best known for her appearances in I Am Vengeance (2018), Waterloo Road (2006), and The Sparticle Mystery (2011). She burst onto the acting scene as a child actress in the TV series Peak Practise, in which she played the younger version of Toni. Her first adult role came with the TV show Moving On and landed her major acting gig in the TV series Waterloo Road, playing the role of Dynasty Barry. The actress is no longer active in the entertainment industry. So, what is she up to? Here’s everything you need to know about Abby Mavers.

Abby’s father is a famous English television actor who goes by the name Gary Mavers. He’s best known for Peak Practice and Emmerdale. Her mother’s name is Sue Mavers. She is the niece of musician Lee Mavers, frontman of The La’s, and has two younger siblings, Olivia and India.

Not much is known about Abby’s educational background right now.

Very little is known about Abby’s love life post her separation from actor Tommy Knight. They both dated for several years before parting ways. Abby and Tommy worked together in the TV series titled Waterloo Road.

Abby Mavers got her start in the entertainment industry at a very young age of 7 when she did a minor role in the TV series entitled Peak Practice. After that role, she was nowhere seen and returned to acting in 2010 with the TV show Moving On. On the show, she played Toni in an episode that led to some major acting gigs.

In 2013, she landed her breakthrough role on Waterloo Road, a show that has been airing since 2006. She played Dynasty Barry alongside Chelsee Healey, Jason Done, Adam Thomas, and Katie Griffins.

Despite an early interest in acting, she put her education first and pursued acting after her college education.

She played the lead part in the 2001 short film titled 3 Mile Radius.

Abby made her acting debut when she was six or seven years old.

She was last seen playing Lucy in the 2018 English movie I am Vengeance.