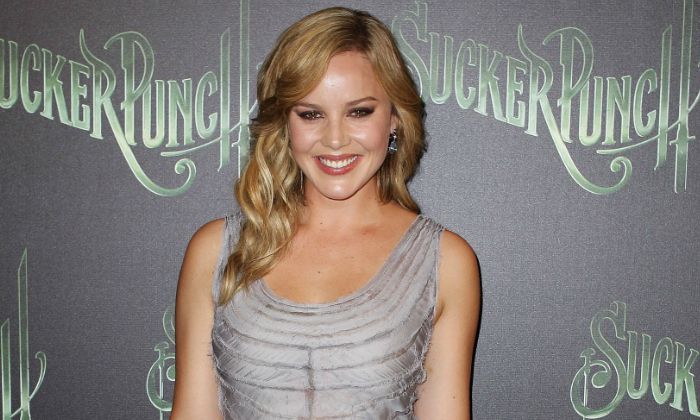 She gained prominence amongst people in the United States for her roles in Limitless and Sucker Punch. She stars as Cathy Mueller in the Amazon Video series Jack Ryan in 2018. As of 2023, Abbie Cornish has a net worth of $8 million.

Abbie Cornish was born on the 7th of August 1982 in Lochinvar, New South Wales, Australia. She is currently 40 years old.

Abbie Cornish is the second of five children – two girls and three boys – to her parents Barry and Shelley Cornish. Her younger sister Isabelle Corish is also an actress. She has three brothers Jade Cornish, Hayden Cornish, and Zac Cornish.

She was raised on a 70-hectare (170-acre) farm and later she moved to Newcastle, New South Wales. Her parents divorced when she was 16 years old.

Cornish went to a catholic school.

Though she’s assumed to be single currently, she dated American actor Ryan Phillippe for three years from 2007 to 2010.

She got engaged to her boyfriend of several years mixed martial artist Adel Altamimi in 2019. The couple has since moved in together.

Abbie Cornish made her acting debut in 2000 with the thriller film “The Monkey’s Mask” for her role as Mickey Norris.

She got her major break when she landed a lead role in the 2004 film Somersault. She portrayed the character of a 16-year old girl named Hedi who flees her home to the mountain town of Jindabyne where she gets into a relationship with Joe (played by Sam Worthington). For her work, she won the Australian Film Institute Award for Best Actress in a Leading Role, among other awards.

Abbie had her first acting job on ABC’s Australian police procedural television series Wildside, in which she played Simone Summers in 1997. She received the Australian Film Institute: Young Actor’s Award for her performance in the series.

Asides from being a successful actress, Cornish is also a rapper, singer, and songwriter. She took her rapping moniker MC Dusk in 2000 and has been rapping since then. She served as a lead vocalist for an Australian hip-hop group from the age of 18 to 22. In 2015, Cornish released two new tracks on SoundCloud: “Evolve” featuring Jane Tyrrell and “Way Back Home”.

The budding actress has appeared in a number of award-winning movies as well as she grabbed a few awards for her stunning performances in films such as Somersault (2003), Candy (2006), Bright Star (2009), and Three Billboards Outside Ebbing, Missouri (2017).

Abbie has done endorsement work for Calvin Klein in 2008.

She is the ambassador for the Australian animal rights group Voiceless.

Abbie Cornish’s net worth is estimated to be $8 million in 2023, according to the media. She lives in a lavish mansion in Los Angeles, California.

She learned to drive at the age of 12 only.

She knows to play the piano and guitar.

Abbie got her start in the show business as a model at the age of 13 years old. Her modeling career kicked off after she made it to the finals of a Dolly Magazine competition.

As a model, she was featured in a number of ad campaigns as well as appeared in commercials and print ads.

She was named “Australia’s Sexiest Vegetarian” in 2008.

Cornish was initially considered for the role of Amy Dunne in Gone Girl (2014), but Rosamund Pike was cast instead

She is a Vegan.

Abbie has trekked across Morocco (Africa), Brazil (South America), Italy, and France (both in Europe).