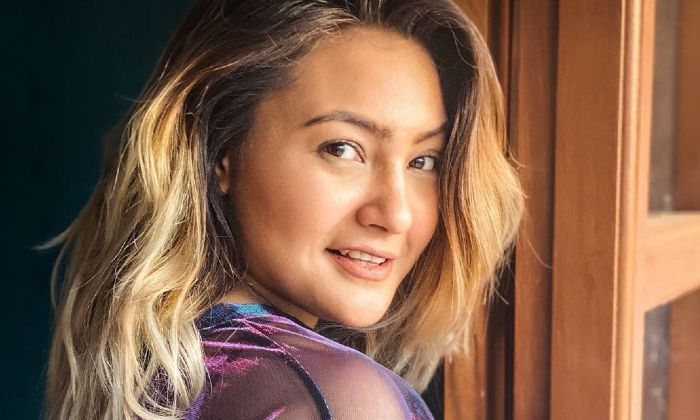 Aashika Bhatia is an Indian actress and social media influencer who first caught the industry’s attention for playing Gulwant Ahluwalia on Parvarrish – Kuchh Khattee Kuchh Meethi from 2011 to 2013. Since being discovered as a young girl, Bhatia has achieved great success even before turning 20, thanks to her good looks and exceptional acting skills. She played Rajkumari Radhika, Salman Khan’s onscreen step-sister, in Sooraj Barjatya’s Prem Ratan Dhan Payo, in her first feature film.

With her cheerful personality and effortlessly beautiful acts and photos, she’s been gaining a lot of social fans lately, where she’s got over 16 million TikTok followers and 4.2 million followers on Instagram. Keep reading to learn more about who she is, where she came from, how she got into showbiz, why social media users are following her, and what she believes are keys to success in life.

Aashika Bhatia was born on the 15th of December 1999, in Surat, Gujarat, India. She is currently 22 years old.

Aashika Bhatia is the daughter of Gujarati businessman, Rakesh Bhatia, and his wife, Minu Bhatia, who owns a beauty salon. She is the only daughter of her parents. Aashika Bhatia has two brothers, an older, Samridh Bhatia, and one younger brother named Dev Bhatia. She belongs to the Bhatia community, largely found in Punjab, Rajasthan, Sindh, and Gujarat.

Bhatia and her younger brother moved to Mumbai with her mother after her parents divorced when she was young. Not much is known about her education. From her social media accounts, we know that she completed her schooling, having done her elementary schooling in her hometown in Gujarat, and middle and high school in Mumbai.

Now, this is the topic that most of you are probably looking forward to. Aashika is currently single and it appears that she’s not ready for another relationship, at least for now. She previously dated TikTok sensation Satvik Sankyan.

Aashika Bhatia got into acting when she was just nine years old when she portrayed the younger version of the title character on NDTV Imagine’s 2009 TV series Meera.

Her exceptional performance in the series as Young Meera brought in her a lot of fame that eventually led to a role in the most popular Indian soap opera, Parvarrish – Kuchh Khattee Kuchh Meethi. She played Ginny Kaur Ahluwalia, daughter of a strict mother, played by Shweta Tiwari, her first breakthrough role in her career that made her even more popular among the audiences.

In 2016, she played Nikki Dixit in the TV series, Kuch Rang Pyar Ke Aise Bhi, in multiple episodes. Besides all this, Aashika was also a part of the Tv series such as Ek Shringaar-Swabhiman and Gumrah: End of Innocence andHum Tum Aur Them.

Aside from being an actress, Aashika Bhatia is also known for her massive presence on different social media platforms. She has made a career for herself through her impressive acting talents and not to mention her gorgeous looks.

In addition to acting, she is also an accomplished dancer. Undoubtedly, Bhatia has an impressive social media following that not only attributes to her popularity but also helps her to earn a handsome amount of money through sponsored posts. She can be found on Instagram @aashikabhatia, where she has 4.2 million followers.

She can also be found on TikTok @aashikabhatia, where she has over 16 million followers.

Her early works include appearing in commercials for Badshah Masala, and Clinic Plus.

She is good friends with fellow TikTok star and actress Avneet Kaur.

She appeared alongside Salman Khan in the movie, Prem Ratan Dhan Payo, where she played his sister.

Aashika was included in sutraHR’s “Top 20 young achievers in India under 20” along with other artists like Avneet Kaur, Anushka Sen, Siddharth Nigam, and Rajvee Gandhi.

She is a big foodie and loves to munch on French fries, burgers, chocolates, pasta and pizza.