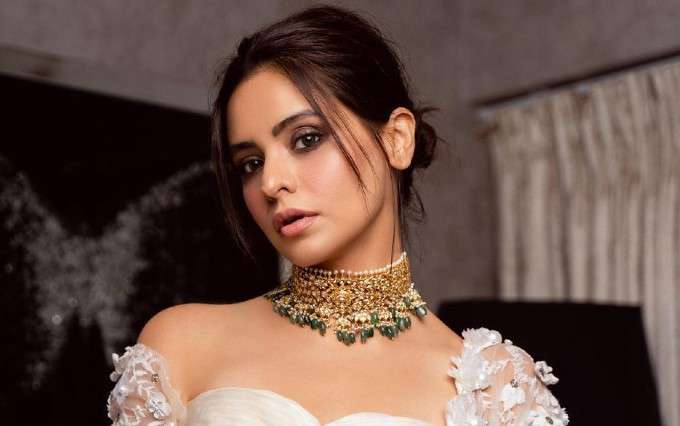 Aamna Sharif is an actress and model from Mumbai, Maharashtra. She caught the spotlight after appearing in the TV series Kashish in Kahiin as Hoga from 2003 to 2007. Throughout her run on Kahiin as Hoga, she won almost all awards she was nominated during the 4th, 5th, and 6th Indian Telly Awards.

She gained even more popularity with the series Hongey Judaa Na Hum and Kasautii Zindagii Kay 2. Apart from television series, she’s known for her appearances in movies such as Aloo Chaat, Shakal Pe Mat Ja, Ek Villain, and Roohi. Thanks to her irresistible uploads on Instagram, she has accrued over 2 million followers. She is married to producer Amit Kapoor.

She’s got Indian roots from her father’s side and has Persian-Bahraini ancestry on her mother’s side.

Aamna grew up with her family in Mumabi where she studied at St. Anne’s High School, Bandra. She entered the entertainment industry while attending her college. She started off as a model and fetaured in several modeling shoots and commericals before becoming an actress.

She was born Islam, but converted to Hidusim and started practing the religion after marriage.

Aamna Sharif married her boyfriend of several years, Amit Kapoor, on December 27, 2013. Her husband served as a distributor for Bollywood films in the earlier stage of his career and later became a producer with the launch of his own production company. The couple welcomed their first child, a son, Arain Kapoor on September 14, 2015.

Thanks to her stunning looks, moedling just came off her way when she was in her second year of college. She starred in a lot of adverstisemnets for brands like Close-Up Toothpaste, Emami Cosmetic Cream, and Nescafe. As she was able to quikcly became a prominent name in the entertainment industry, she was approaced to feature in music videos. She appeared in various music videos for Kumar Sanu’s “Dil Ka Alam Main Kya Bataun Tujhe”, Falguni Pathak’s “Yeh Kisne Jadoo Kiya”, and Abhijeet’s “Chalney Lagin Hain Hawain,” among many others.

She made her breakthrough with the soap opera, Kahiin To Hoga, playing the role of Kashish Sinha opposite Rajeev Khandelwal. With her role of Kashish, Aamna became a household name and thanks to the popularity of the series, she gained a significant amount of followers.

Thanks to her growing popularity, which lead to another lead role, as Muskaan Duggal in the drama series Hongey Judaa Na Hum. She has also acted in a number of films, which not only increased her stature in the entertainmnet industry but has alos contributed to her wealth.

Since the beginning of her career, Aamna Sharif has featured in more than 20 TV series and movie titles apart from tons of commercials and modeling gigs. So, all of her professional endevorus have helped her gain a net worth of around $500 thousand to $1 million dollars. This is quite impressive and her wealth likely to rise as long as she continues her acting career.

She has been suffering from acrophobia since childhood.

She is currenlty the brand ambassador for Sweet Dreams, Kangan Fashion Jewellery, Gem and Jewellery Creation, Dressline and Bharat Plaza.

Aamna is the daughter-in-law of producer Shabnam Kapoor and Lalit Kapoor.

She took a long haitus from acting in 2013 and returned in 2019, replacing Hina Khan in the drama series, Kasautii Zindagii Kay 2, playing the role of anatagonist Komolika Basu.

She won the Indian Telly Awards for Best Actor (Female) in 2005 and 2006 and shared the Best Onscreen Couple award with Rajeev Khandelwal in 2004.