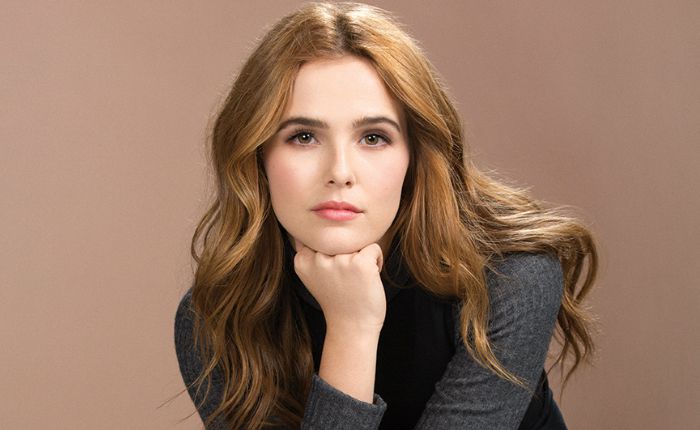 Zoey Deutch is a multifaceted young actress who became known for her portrayal of Rosemarie “Rose” Hathaway in the acclaimed horror comedy movie ‘Vampire Academy’. Coming from a family of already established artistes, Detuch didn’t take much effort to set a strong foothold in the creative industry. She has also appeared in movies like ‘Everybody Wants Some!!’, ‘Why Him?’, ‘Before i Fall’, and ‘Set It Up’. In addition to having many successful film roles, she had recurring roles in television series like ‘The Suite Life on Deck’ and ‘Ringer’.

Zoey is of Russian Jewish and Polish Jewish descent on her father’s side while she has roots in Irish, English, Scots-Irish, German, and Dutch from her mother’s side.

Zoey had her formal education from the Oakwood School, and double majored in theatre and visual arts from Los Angeles County High School for the Arts in LA, California. She also studied acting at the Young Actors Space.

Interestingly, all of her family members are actors. Her father, Howard Deutch is an established director in Hollywood and her mother, Lea Thompson is also a famous actress and producer. She has an older sister, Madelyn Deutch, who is also an actress. Her grandfather is Murray Deutch and her great-granduncle is Robert Walden.

Some of her close relatives also belong to entertainment industry, including actor Robert Walden, who is her great uncle and musician Barbara Barry Thompson, and music executive Murray Deutch.

Zoey Deutch had dated Canadian actor Avan Jogia from September 2011 to 2016. They were in a relationship for five years before they split in late 2016. Avan is an actor and a LGBT activist, who is known for his roles in the television series, Twisted. They met each other through their common friend Josh Hutcherson.

Zoey Deutch made her feature film debut with the film ‘Mayor Cupcake’ for her role as Lana Maroni in 2011. She starred alongside her mother and sister in the film.

At age 15, Detuch won her first acting role on the Disney Channel original series ‘The Suite Life on Deck’in 2010. She had a recurring role as Maya Bennett, Zack Martin’s love interest in the series.

Zoey Deutch earned wide recognition for playing the role of Rosemarie Hathaway in the horror comedy film ‘Vampire Academy’ in 2014. Based on the book of the best-selling young adult six-book series of the same name by Richelle Mead, it was her first lead appearance in any film. Critics praised her performance describing as the best breakout lead performance, which earned her a Tenn Choice Award nomination in the category Choice Movie Actress: Comedy.

She also earned a lot of appreciation and fame for starring as
Maya Bennett in The Suite Life on Deck, as Juliet Martin in Ringer and as Samantha Kingston in Before I Fall.

Zoey’s net worth is estimated to be $3 million. She lives with her family in Santa Monica, California.

Zoey was raised Jewish and had a Bat Mitzvah ceremony.

Her childhood was fun filled as she grew up with many pet animals and birds around. In fact, her family had 6 dogs, a cat, horses, African grey parrot, and a pond filled with koi fish.

She began acting at the age of 15. Since she was young, she used to accompany her mother on the red carpet at various Hollywood events.

Being a multifaceted, Zoey is a great dancer, having trained in ballet, jazz, tap, modern, hip-hop and other forms of dance.

She studied acting at the Young Actors Space under the tutor of Patrick Day, who is also a guru for Shailene Woodley, Emma Stone, and Jessica Biel among others.

She acted in the 2012 film ‘The Amazing Spider-Man’ but unfortunately her portion didn’t make it to the final cut for theatrical release, but was made available on the DVD as a deleted scene in the Special Features.

In addition to cover features, she did many photo-shoots for Seventeen, Nylon, Allure, W Magazine, Vanity Fair (Italia, Spain) and Vogue (Russia, Turkey).

Zoey Deutch was named “Maxmara Face Of the future award” for the year 2017 by Women In Film organization.

In 2017, British GQ described her as “Hollywood’s hottest newcomer”.

Zoey was voted among “The Best American Actors Under 30” by
Indie Wire critics survey in 2018.