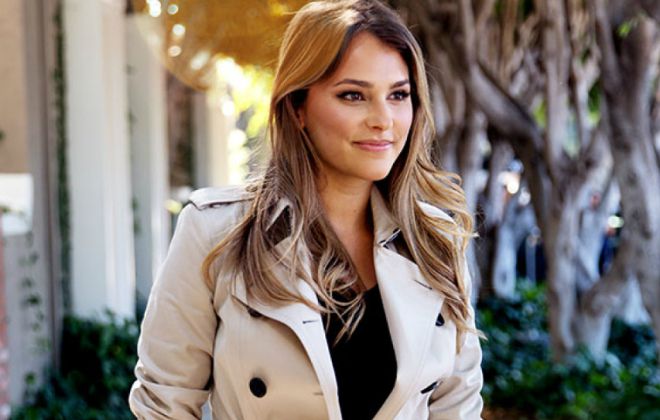 Who is Yael Cohen Braun?

Yael Cohen Braun is a Canadian businesswoman. She is the founder and CEO of Fuck Cancer, a cancer education organization working for early detection and prevention of cancer. She has been honored with the Queen Elizabeth II Diamond Jubilee Medal for her contribution towards creating awareness and prevention of cancer through early detection. She was named as one of the 100 Most Powerful Women in Canada by Women’s Executive Network.

Yael Cohen Braun was born on the 5th of November 1986 in South Africa. She is currently 33 years old.

Yael Cohen is the daughter of Diane and David Cohen, an entrepreneur. She has one brother.

Yael Cohen attended Collingwood School and went on to attend the University of British Columbia from where she graduated with a BA degree in Political Science in 2008.

Yael Cohen married Scooter Braun, Justin Bieber‘s manager, on July 6, 2014, in Whistler, British Columbia. Together, they have two sons, Jagger Joseph Braun, born on February 6, 2015, in Los Angeles and Levi Magnus Braun, born on November 29, 2016. Recently, they announced that they were expecting their third child in 2018.

Yael Cohen founded FCancer, a nonprofit organization in the United States and a registered Canadian charity dedicated to the prevention, early detection and providing emotional support and guidance to those affected by cancer. They run digital and on-the-ground programs and events that seek to change the way people think and talk about cancer, ultimately improving health outcomes.

In 2012, Yael debuted with talk show Access Hollywood Live as a guest. Since then, she has appeared in a number of talk shows, spreading awareness about prevention and early detection of cancer.

As the CEO of FCancer.

After graduating from college, she began to work as a finance executive.

She founded Fuck Cancer in 2009 after her mother was diagnosed with breast cancer.

Women’s Executive Network named her as the “100 Most Powerful Women” in Canada.

In 2011, she was included in The Globe and Mail′s “12 People Who Are Transforming Philanthropy” list.

She also owns a blog Motherlucker, where she writes openly about motherhood.

She was included in Business In Vancouver Forty under 40.

Her fashion essentials are ripped jeans, distressed tees, comfy sneakers and a lot of tour merchandise.