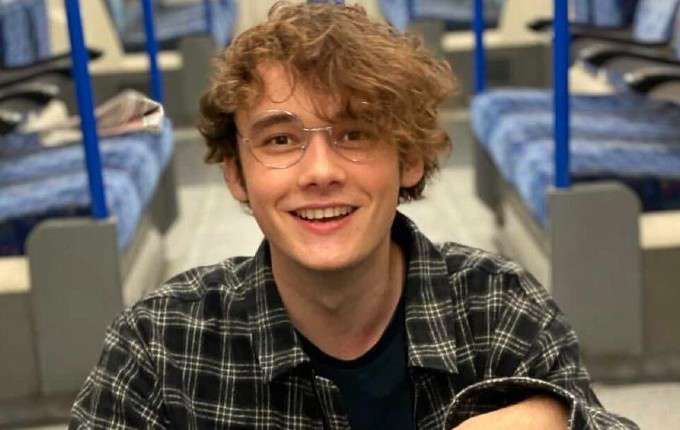 Wilbur Soot is an English YouTuber, Twitch streamer, and singer, hailing from London, England. With a combined following of over 16 million followers, Soot is extremely popular across social media platforms. He first rose to fame as a member of the YouTube channel SootHouse. The channel went inactive in 2019 and went on to focus on his solo career, launching his own channel in March 2019. Since then, the channel has managed to lurve over 6 million subscribers.

Soot is also a popular Twitch streamer on which he streams Phasmophobia and Minecraft to his 4 million followers. On top of all, he is also a passionate singer and songwriter and has released half a dozen singles so far, including “I Am Very Smart”, “I’m in Love with an E-Girl” and “Your New Boyfriend”.

Soot hasn’t divulged too much information about his parents or his early life. He is the only child of his parents. He had once shared a picture of himself with his parents on Instagram, probably taken in the years 1997.

As far as education is concerned, he attended and graduated from the Local Suffolk School in Suffolk, England. Later, he went to Sussex Downs College in Lewes, England.

In addition, he also studied Editing and Post Production at a renowned institution in London.

Wilbur Soot is super secretive when it comes to his personal life. He hasn’t revealed anything about his love life or dating history to the media while maintaining a low profile.

Soot is an accomplished singer and musician. He is as well a famous YouTuber and Twitch streamer.

The English YouTuber, Wilbur Soot, has managed to earn a net worth of around $1 million, as of 2022. He mostly earns from YouTube, while he also makes a significant amount of money from Twitch streaming, endorsements, and music sales.

He started off his career with YouTube, working as an editor for the channel SootHouse. Later, he started his own channel in March 2019, and the channel now boasts over 6 million subscribers.

In addition to his primary channel, he runs two other channels Wilbur Music and Wilbur Soot Extra.

Soot uploads gaming videos and live streams to his primary channel while he uploads music content and vlogs to his secondary channels.

He released a full-length album on Spotify titled “Your City Gave Me Asthma” in 2020.

He has aphantasia and hyperthyroidism.

Soot is very much interested in geography and dubs himself a “geography nerd” in one of his Geoguessr videos.

He began hosting a podcast called Hey and Stuff on April 3, 2021.

In 2021, he formed a pop band called Lovejoy with Joe Goldsmith, Mark Boardman, and Ash Kabosu. He is the lead vocalist and songwriter of the band.

The band released their first EP titled Are You Alright? in May 2021, which peaked at number 10 on Billboard’s Emerging Artists chart.