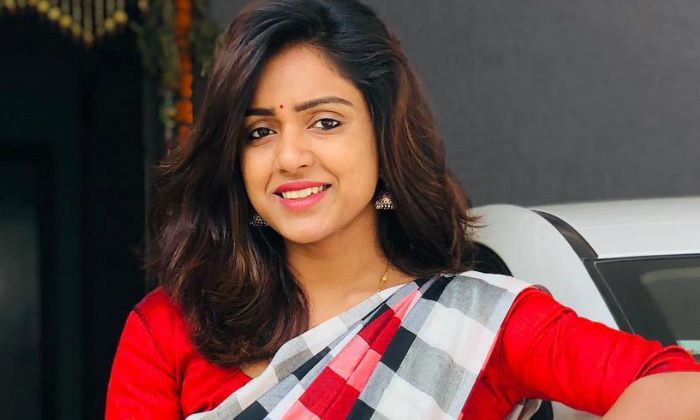 Vithika Sheru is an Indian actress and model who caught the spotlight after appearing on the third season of Bigg Boss Telugu, a controversial reality show hosted by actor Nagarjuna. She has appeared in a host of movies in different languages including Telugu, Kannada, and Tamil. Her acting credits include Mahabalipuram, Prema Ishq Kaadhal, Bheemili Kabaddi Jattu, Jhummandi Naadam, and Ullasa Utsaha.

Vithika Sheru was born on the 2nd of February 1990, in Bhimavaram, West Godavari District, in the state of Andhra Pradesh, India. She is currently 32 years old.

Speaking about her personal life, not much is known about her parents and early life. She spent most of her life in Bhimavaram, West Godavari District, and completed her schooling in Hyderabad.

She later moved to Mumbai to further her higher studies and earned her postgraduate diploma in fashion designing from the Lakhotia Institute of Design in Hyderabad.

Vithika Sheru is married to her husband Varun Sandesh since 2016. He is a prominent actor in Telugu cinema, who is the grandson of noted Telugu writer Jeedigunta Ramachandra Murthy. The couple got engaged on December 7, 2015, and married on August 19, 2016, in Hyderabad. They have appeared together in Bigg Boss Telugu 3 in 2019.

Vithika Sheru landed her first acting role in the Kannada film Anthu Inthu Preethi Banthu in 2008. She was just 15 years old when she made her silver screen debut.

In 2019, Vithika along with her husband Varun Sandesh participated in the third season of the controversial reality show, Bigg Boss Telugu. The show has been hosted by actor Nagarjuna, which is broadcast on Star Maa TV.

She earned positive reviews for her work in the Tamil movie Uyir Mozhi, in which she played the role of a visually challenged girl named Priya. She went blindfolded for several days and also learned Braille for her role in the film.

She got her start as an actress when she was 11 years old by appearing in Telugu television serials.

Vithika was discovered on the sets of a Kannada film where her aunt worked as a stylist and was offered a small role in the Kannada film Anthu Inthu Preethi Banthu.

She aspired to become a fashion designer but continuos film roles made her postpone her plans. Her dreams came true with the film Paddanandi Premalo Mari, in which she designed her own costumes for her character as well as other characters.

She was the face of several brands like RK’s Grand Mall, Bhargavi Fashions, Bhima Jewellery & Tasyaah.

Vithika is an avid animal lover.

Post marriage, she quit acting and it is unknown whether she would return to acting or not.