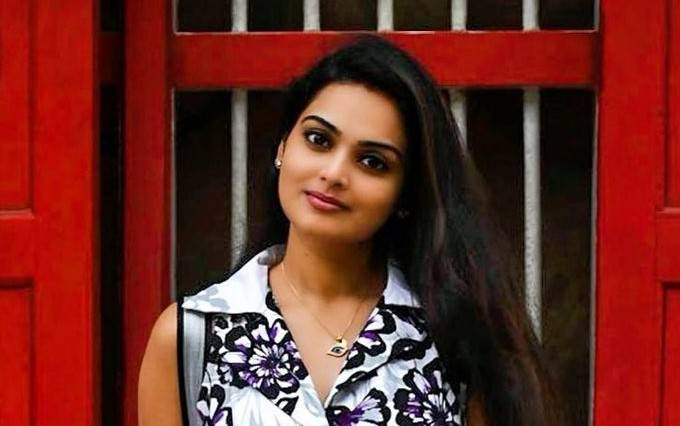 Vishnupriya is an Indian model, dancer, and actress who stepped into the spotlight with Asianet’s dance reality show Vodafone Thakadimi. In no time, she became a prominent star in show business, having been booked in various TV shows and films. Some of her prominent works include Raji in Penpattanam, Ganga in Keralotsavam, Lekha in God’s Own Country, and Pooja in Banking Hours 10 to 4.

She is the only daughter of Indian parents Srinivas and Laxmi. She has a brother named Rajesh.

Vishnupriya attended The Indian School in Bahrain. She earned her Bachelor of Business Administration degree from The Birla Institute of Technology International Centre.

Vishnupriya is married to Vinay Vijayan since 2019. They both welcomed their son in August 2022.

She burst onto the acting scene in 2007 with Malayalam-language film Speed Track, in which she played the role of Smitha.

She gained the momentum that she was looking for in 2008 after she was cast as a contestant in the popular dance reality show Vodafone Thakadimi on Asianet.

Vishnupriya has been a part of several reality shows like Sarigama, Super Dancer Junior, Star Challenge, Smart Show, and Suvarna Hariharam, among others.

In 2018, she joined the dance show Dance Kerala Dance as a celebrity mentor and later took on the role of a team captain in the next season.

In 2019, she played Goddess Parvathi in the Malayalam daily soap, Ayyappa Saranam.

She has amassed more than 1.4 million followers on Facebook.