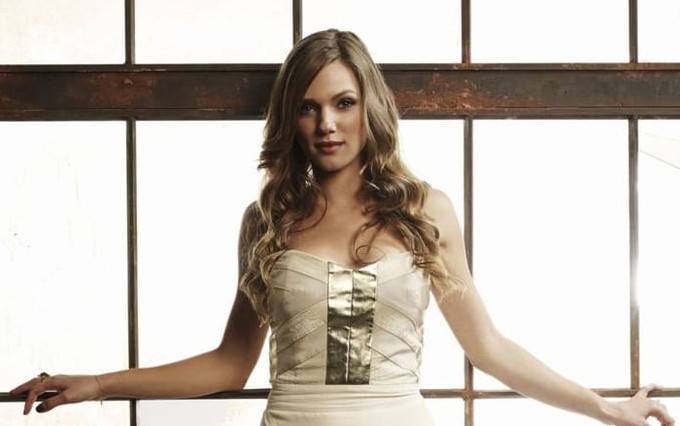 Tracy Spiridakos is a Canadian actress from Winnipeg, Manitoba. She began her acting career in 2007 with a small role in the TV show Supernatural. She made a splash with her exceptional performance as a 15-year-old Becky Richards on Majority Rules! and later took on the role of Charlie on the NBC post-apocalyptic science fiction series Revolution, her first major appearance on television which earned her a Saturn Award nomination for Best Actress on Television. Her success continued when she landed the role of Detective Hailey Upton on the NBC police drama Chicago P.D. She has literally become a household name, thanks to the Chicago franchise. Her other credits include Being Human, Rags, FBI, Kill for Me, Byrd and the Bees, and Bates Motel.

She is of Greek descent.

Tracy is the only daughter of three children to parents George and Anastasia Spiridakos. Both her parents are Greek and they run a Greek restaurant in Winnipeg, Manitoba. She has two brothers. She lived in Skata, Greece, her father’s hometown until the age of 9 and then returned back to Canada.

Tracy Spiridakos studied at Oak Park High School in Winnipeg, Canada, from which she graduated in 2000. She took acting lessons from the Actors Training Centre of Manitoba, Canada while still in school.

Tracy’s first known relationship was with actor Jon Cor. They first met in 2010 on the sets of teh TV film The Boy She Met Online where she played his love interest, and becoem firends. Not long after they met, they started loving each other. They worked together again in the TV series Being Human in 2011. Things were going good between the two and they even deicded to get married and got engaged on December 15, 2012. But, unfortunately, things fell apart and they called off their engagemnet.

She then began dating singer-songwriter and film producer, Justin Ruane. She appeared in Justin’s music video for the song “Who’s The One” in 2015. The pair has been together since then.

Tracy got her start in the entertainment industry with the television series Supernatural in 2005 and landed guest roles television series such as Aliens in America, Being Human, Majority Rules! and Tower Prep. Her career really took off in the early 2010s and hit the stide with the NBC post-apocalyptic science fiction series Revolution, in which she played the lead role of Charlotte “Charlie” Matheson. This show put her in the spotlight, establishing a niche for herslef in the entetrainmnet industry. On the heels of that resounding success, she earned a major acting role on the NBC police drama Chicago P.D. portryaing the lead part of Detective Hailey Upton, starring alongside the likes of Jason Beghe, Jon Seda, Sophia Bush, Jesse Lee Soffer, and Patrick John Flueger.

So, if you are wondering how much the canadian actress would have probably made from her acting career, we have you covered. As of 2022, Tracy Spiridakos has earned a whopping net worth of $5 million dollars. Having gone through the odds and success, Tracy has grown to become one of the prominent stars in the television industry.

She speaks English and Greek fluently.

Her determination to become an actress took her to Vancouver, Canada in 2007 where she can find better acting opportunites. It took only a few months to find her first acting job. It was the TV show Supernatural, in which she played a role of a nurse, mostly a guest appearance.

She soon booked gigs in both major and minor TV shows. Some of them are Bionic Woman, Aliens in America, Majority Rules!, Mortal Kombat: Legacy and Being Human.

She loved to play video games.