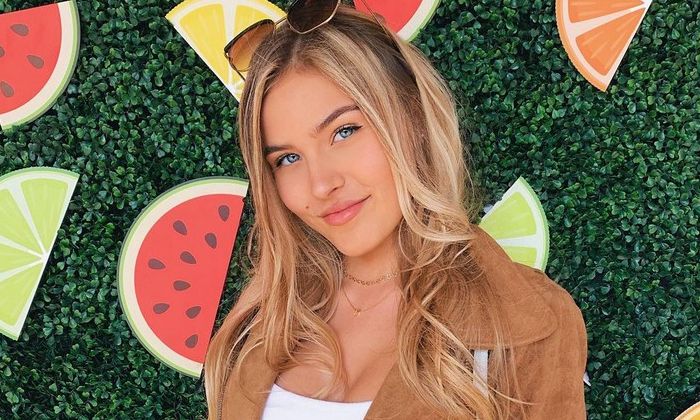 Tommi Rose is an American actress, singer, and model, who’s perhaps best known for In Sanity, Florida, I Am Frankie, Sinister Seduction, Bernie the Dolphin 2, Dying for Motherhood, Chateau Vato, and Sorority Secrets. She has achieved a tremendous amount of success in a short span of starting her career, which is really impressive and commendable, a feat that only a few have achieved in the show business. This beautiful Florida native has made a career for herself in her own right, for which she can be proud of, as she credits herself being the first from her family to get into the entertainment business. Rose has a quintessential hourglass bikini body that she’s never afraid to show off to her fans. Her Instagram, where she has over 200 thousand followers, is a perfect place to binge on to see for yourselves that she’s got an incredible physique.

Tommi Rose is the daughter of Jack Rose, a musician, and guitarist, and Tari Rose, a talent manager, and health coach. She has a brother named Maxim Rose. She grew up with her brother in their home in South Florida, where she completed her education. However, not much is known about the schools she attended and whether she went to college or not.

She became interested in acting at an early age and has appeared in several musical theater productions while she was a teen. That stage experience helped her a lot when she decided to pursue acting.

Tommi is possibly single and has no visible relationship ties with anyone, at least, we know of. Though she is often linked to her co-stars, she’s good at handling it better than her peers in the industry. Even if she has a boyfriend, she’s doing an exceptional job of protecting her private life from the public eye. Whatsoever, the young beautiful actress is keen on keeping that aspect of her life private but her beauty cannot go unnoticed.

Just like most of her peers in the industry, Tommi Rose started off with modeling and eventually branched out to film and television. Her early work includes appearing in commercials and print ads. Although she made her acting debut in 2016., it was her exceptional performance in the TV series I Am Frankie (2018), that earned her the much-needed success that she was longing for. She played the role of Simone alongside the likes of Alex Hook, Nicole Alysa Nelson, Carson Rowland, and Sophia Forest, among many others.

Outside the acting world, Tommi Rose has always longed for more out of her life. That’s where she took full advantage of social media, especially Instagram, which helped discover her passion for beauty. While still taking on acting jobs, she also spends a considerable amount of time on Instagram, where she’s got over 200 thousand followers.

You can get all the latest news both professional and personal apart from her gorgeous photography. Now that she has succeeded in that industry she has expressed interest in becoming an actress.