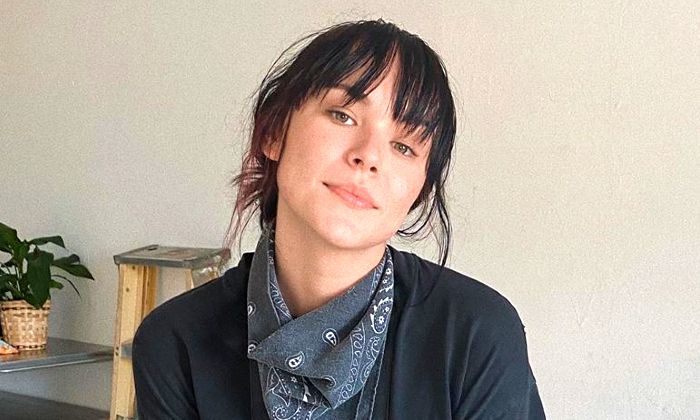 Who is Taylor Upsahl?

Taylor Upsahl is an American singer, songwriter, and musician, perhaps best known for her magical incorporation of thoughtful adult alternative fare and playful pop. The 21-year-old Arizona native has been making a splash in the pop world since 2018 with her major debut Hindsight 20/20, a five-track mature and powerful EP, arrived in 2019. She’s attracted tons of followers all over the world lately and dropped singles Drugs, 12345SEX, People I Don’t Like, and Money On My Mind, among others, in 2020. Her music videos are already a hit on YouTube with each garnering tens of thousands of views. Upsahl has quite a following on Instagram that has nearly 100 thousand followers and the numbers are growing with each passing day.

Taylor Upsahl was born on the 28th of November 28, 1998, in Phoenix, Arizona, United States of America. She’s currently 21 years old.

Taylor Upsahl is the daughter of musician Mike Upsahl, who was a part of varioud touring bands including Surf Through Death, High Horse, and post-hardcore group Stereotyperider.

Besides this, She hasn’t divulged too many details regarding her family, education, and childhood. She attended the Arizona School for the Arts.

Upsahl is currently single. As per reports, she has no visible relationship ties with anyone, and, it’s highly unlikely that she’s entered the world of dating. In case if she has a boyfriend, she’s doing an exceptional job of handling it better than her peers in the industry.

Growing in a household, which is filled with musical instruments, Taylor Upsahl developed an interest in music at an early age. She began to sing and play instruments like piano and guitar when she was juts five years old.

As she got older, she honed her singing skills by participating in school and local gigs as well as started writing songs through her middle and high school. She moved to Los Angeles at the age of 19 and she went through a rough phase for the first six months as she had difficulty in adapting to a new place.

With time, she became accustomed to LA and started working with other creative people around there. She released her first pop single, “Can You Hear Me Now” in 2017 and went on to release her first major EP debut in March of 2019.

Entitled as Hindsight 20/20, the viral and powerful EP boasts five tracks, including Drugs, Smile for the Camera, and Wish You’d Make Me Cry. In 2020, she dropped a viral single titled “12345SEX” and began touring across the United States.

She has written and performed a song called “Good in bed” for British singer-songwriter Dua Lipa‘s album Future Nostalgia.

She has performed acts as a showgirl while touring with artists like Young the Giant, Fitz and The Tantrums, and PVRIS