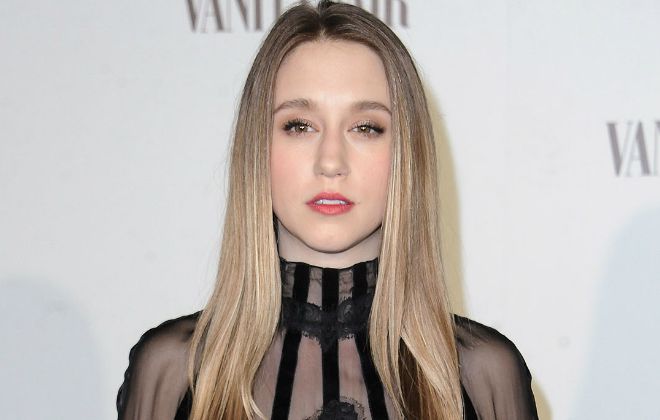 Taissa Farmiga is an American actress best known for her portrayal of various roles in the popular horror TV series, American Horror Story. She has appeared in a lot of horror films ever since she made her debut in her sister Vera Farmiga’s directorial debut Higher Ground and the latest being Corin Hardy’s The Nun (2018). Her most notable acting works include her roles in films such as Mindscape, In a Valley of  Violence, Rules Don’t Apply, and The Long Dumb Road.

Taissa Farmiga was born on the 17th of August 1994, in Readington, New Jersey, United States of America. She is currently 27 years old.

Taissa Farmiga is the youngest child of Ukrainian American parents Lubomyra (née Spas) and Michael Farmiga. Her mother is a school teacher while her father works as a system analyst. She has six older siblings – Victor, Vera, Stephan, Nadia, Alexander, and Laryssa.

Farmiga attended public school until fourth grade, after which she completed her education through homeschooling.

Taissa Farmiga has been in a relationship with screenwriter and director Hadley Klein since 2014. Thye married on August 8, 2020, in an intimate wedding ceremony.

She has done endorsement work for Jason Wu’s clothing line.

She studied American Sign Language for three years during her homeschooling years and excelled at it.

Initially, she had no ambitions to become an actress, but it was her sister Vera who persuaded her to act in her debut film Higher Ground. Her performance in the film received positive reviews and after that, she took acting as her mainstream profession.

Her sister Vera offered her a 2004 Toyota Tacoma pick-up truck for acting in the film.

She can speak English and Ukrainian.

Her first-ever audition was for her role of Violet Harmon in American Horror Story, which she landed effortlessly.

In 2016, Taissa made her stage debut as Shelly with the Off-Broadway revival of Sam Shepard’s drama Buried Child.

In 2018, she played the Catholic novitiate Sister Irene in Corin Hardy’s horror film The Nun.

She loves to play guitar and has mastered the art of making origami cranes.