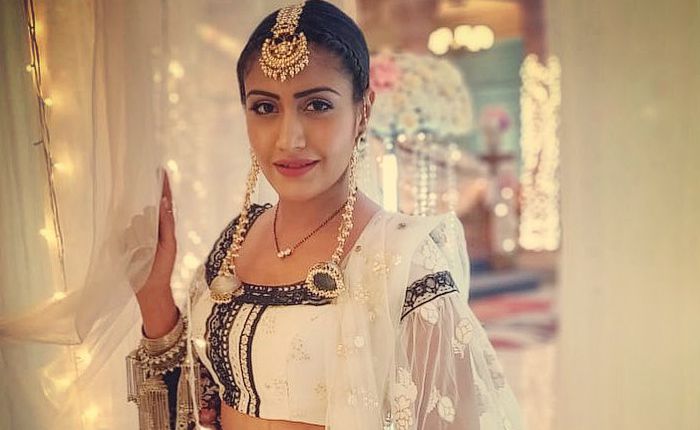 Surbhi Chandna is an Indian actress who has gained a lot of attention lately for her role as Haya Qureshi on Zee Tv’s Qubool Hai. She played Annika in Star Plus’s Ishqbaaaz and in its spin-off series Dil Boley Oberoi. In 2018, she won the Gold Awards in the category Stellar Performance Of The Year for her work in Ishqbaaaz. In 2019, she landed the role of Dr. Ishani Arora in the medical soap opera ‘Sanjivani’. Off the screen, Surbhi has amassed a massive fanbase on social media with more than 4.6 million people following her on her Instagram page.

Surbhi Chandna was born on the 11th of September 1989, in Mumbai, Maharashtra, India. She is currently 32 years old.

Surbhi Chandna is the youngest of two children to parents CP Chandna and Shashi Chandna. She has an older sister named Pranavi Chandna.

For education, Surbhi attended the Atharva Institute of Management Studies from where she earned her MBA degree in marketing.

Surbhi prefers to keep her private life away from the spotlight, however, it is known that she is in a relationship with fellow actor Karan Sharma.

Surbhi Chandna made her acting debut as Aamna Khan in the comedy-drama film ‘Bobby Jasoos’ in 2014.

In 2009, she landed a minor role as Sweety in the popular sitcom ‘Taarak Mehta Ka Ooltah Chashmah’, which aired on SAB TV.

Surbhi gained a lot of fame for her starring roles as Haya Rahat Ansari, a deaf and mute girl in Zee TV’s daily soap ‘Qubool Hai’. She played Rahat’s wife in the series. Her performance in the series was highly appreciated by critics and audiences that brought in several other offers.

Her portrayal of Annika in Star Plus’s ‘Ishqbaaaz’ and its spin-off series ‘Ishqbaaaz, Dil Boley Oberoi’ are also considered as her best work in her career.

Details about her net worth and salary are currently unavailable.

As a teenager, she developed an interest in modeling and competed in the Indian Princess contest.

After graduation, she briefly worked as a head of international relations at the Atharva Group of Institutes before she took modeling full-time career.

In 2017, she co-hosted the Star Plus network’s Star Parivaar Awards.

Surbhi won the Gold Awards for Best Onscreen Jodi (With Nakuul Mehta) and Stellar Performance Of The Year (Female) for her role in Ishqbaaaz in 2017 and 2018, respectively.

Surbhi has appeared in Indian reality shows, including Lip Sing Battle, Showbiz With Vahbiz and A Table For Two.

In 2018, Chandna was placed at 16th in Eastern Eye’s “Sexiest Asian Women” List as well as ranked at 8th in Biz Asia’s “TV Personality” list.

Surbhi was placed at No. 4 in The Times Most Desirable Women on TV 2020.