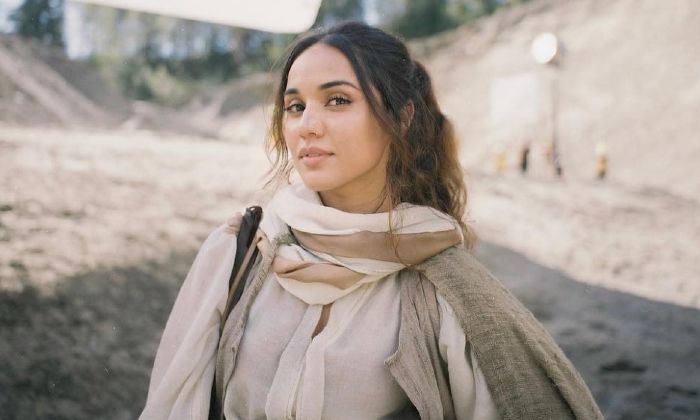 Summer Bishil is an American actress who became a household name with her role as Margo Hanson on the Syfy fantasy drama series The Magicians. She first soared to fame for her appearances in such movies as Towelhead, playing Jasira Maroun, a 13-year-old Lebanese American girl, as well as in the movie Crossing Over, starring Harrison Ford and Ray Liotta. Her other acting credits include Pop Star, Under the Silver Lake, 90210, Lucky 7, and Law & Order: Special Victims Unit.

Regarding her family and early life, Summer Bishi is the youngest of three children born to a Mexican-American mother and an Indian father. She has two siblings, Skylar and Sunshine. Other than that, not much is known in regards to her family, including the identities of her parents.

Her father, being a citizen of Saudi Arabia, moved the family there when she was just three years old. They lived there for a while before moving to Bahrain, where she studied at the British Bahrain High School.

After the 9/11 terrorist attacks, her family returned to the United States and attended a regular public school in San Diego. There she was not welcomed by her fellow classmates, prompting her to continue her studies through homeschooling. She then attended Citrus College, a community college in Glendora, California.

As I mentioned earlier, Summer Bishil avoids the spotlight and maintains privacy when it comes to her private life. She is possibly single or never reveals the identity of her boyfriend in case if she has one. Thus we are uncertain of any relationship she has had in the past or in the present.

Summer landed her first major acting role in Alan Ball’s 2007 film, Towelhead, starring Aaron Eckhart, Toni Collette, and Maria Bello. The film, which is based on Alicia Erian’s novel of the same name, earned her widespread acclaim with critics lauding her performance as “one of the finest natural film actresses to emerge” as well as “gutsy and quietly riveting”.

Summer Bishil made her acting debut in 2005, playing the role of Stacey in the NBC sitcom, Day of Our Lives.

Having been in the industry for more than 15 years, Summer Bishil has made quite a fortune through her appearances in several acclaimed projects. Her net worth is currently estimated to be around $2 million.

She took the acting class when she was 14 years old.

Not long after she signed a contract with a Los Angeles-based agency, Summer secured her first acting job in the short-lived Nickelodeon television show Just for Kicks.

She was featured in Variety’s “Ten Actors to Watch” in 2007.

In 2008, she won a Young Hollywood Award for her work in the movie Towelhead.

In August 2008, she was featured in Vanity Fair’s “Hollywood’s New Wave: The Hottest Kids in Hollywood”.