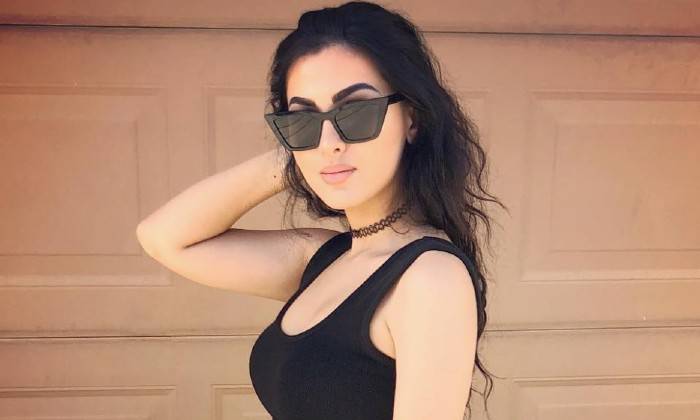 With more than 30 million subscribers on her primary and secondary YouTube channels, the 28-year-old has made a big name for herself. She’s widely known for her TikTok reaction videos and gameplay videos, as well as challenges, pranks, DIY, beauty and hauls, and many more.

Undeniably, she’s one of the most popular and highest-paid female YouTubers out there. Throughout her career as a YouTube star, she has earned lucrative endorsement deals from renowned brands like EA, Disney, and Ubisoft, thanks to the fanbase she’s built. She has been banking big checks since launching her YouTube channel in 2013. She has an acombined following of over 15 million followers on Instagram, Twitter and Facebook, respectively.

She was born Alia Shelesh to Greek-Turkish parents on October 22, 1992, in England. Her family moved to the United States when she was 6 years old and they settled in Phoenix, Arizona. There she grew up with her sister, Ranya Lasagna, a YouTuber, and with her two younger brothers.

SSSniperWolf has been in a relationship with fellow YouTuber Evan Sausage since 2013. They have since moved in together to their own house in Las Vegas, Nevada.

SSSniperWolf created her YouTube channel in her early twenties back in 2013. It was strictly launched as a gaming channel where she posted videos of playing games such as Fortnite, Far Cry, Overwatch, Grand Theft Auto, Destiny, Halo, and The Division. The channel has since seen unprecedented growth in terms of active subscribers and views, garnering over 26 million subscribers and over 11 billion video views.

With her ever-growing popularity, Alia has expanded to include reaction videos, challenges, and pranks. Alia took her name from one of her favorite characters in popular culture, the villain Sniper Wolf in Metal Gear Solid. She definitely knows how to attract the audience and how to make money as well.

Her secondary YouTube channel, Little Lia, has garnered over 3.3 million subscribers, which features DIY, beauty, hauls, and other lifestyle content.

Alia has her own merchandise line called OG Wolfpack that includes hoodies, iPhone cases, Tees, and hats. She has also appeared in episodes of the TV series FANtasies and Clickbait in 2017 as well as Ultimate Expedition in 2018.

Collectively, SSSniperwolf is worth an estimated $6 million, and it will likely only get bigger from here.

Aside from making videos for her YouTube channels, she’s also dabbled in cosplaying and anime. She also streams her gameplay on Twitch where she has over 300 thousand followers.

From DOOM to Call of Duty, Alia has participated in a number of gaming tournaments throughout her journey as a YouTuber.

She gifted herself a car when she was 18 years old.

In 2019, she won the Nickelodeon Kid’s Choice Awards for Favorite Gamer, which received a lot of backlash as many accused her of not being a true gamer as her channel includes a variety of content in addition to gaming videos.