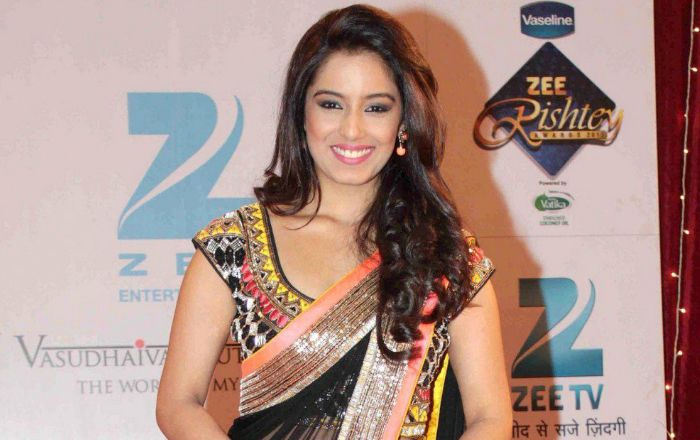 Television actress Srishty Rode, who established as a prominent face in the Indian television industry through performance in the daily soaps Shobha Somnath Ki and Chotti Bahu (season 2). She played the role of Sarita in Punar Vivah – Ek Nayi Umeed. In 2018, she appeared on Colors TV’s Bigg Boss 12.

Srishty is the daughter of Tony, a cinematographer, and Sadna Rode. She has a sister named Shweta Rode.

She attended St. Louis Convent High School in Mumbai and then earned her bachelor’s degree from Mithibai College, Mumbai.

Srishty Rode became engaged with fellow TV star Manish Naggdev on February 15, 2017, in a private ceremony attended by close and dear ones. They began dating after being in a friendship zone for a few years after they met through a common friend. In 2018, they announced that they are ending their relationship of four years.

Srishty Rode is set to make her film debut with a pivotal role in the movie Gabru Gang.

Srishty made her television debut portraying the title character of Manjari Chaturvedi in the Hindi daily soap, Yeh Ishq Haaye, which aired on Star One from 2010 to 2011.

She has appeared in a number of TV commercials including Fair-N-Lovely, promoting brands and products.

She began her showbiz career as a model appearing in television advertisements. She is one of the high-profile celebrity endorses for various brands and products.

Srishty caught the spotlight after appearing in a Fair-N-Lovely advertisement.

Srishty appeared on the controversial reality show, Bigg Boss 12, and was evicted from the show on Day 70.

She has won several accolades throughout her acting career including the Indian Telly Award.

In 2019, she received a nomination for the Best Reality Icon award at the Lions Gold Awards for her stint in Bigg Boss 12.