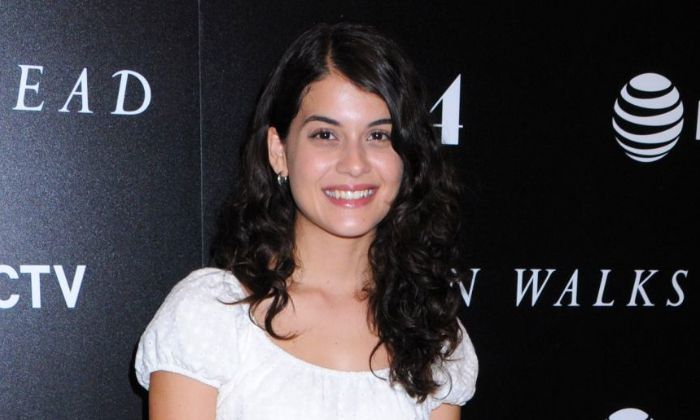 Sofia Black D’Elia is an American actress probably best known for her roles as Bailey Wells in All My Children, Tea Marvelli in Skins, and Sage Spence in Gossip Girl. She played Sabrina on the FOX comedy The Mick from 2017 to 2018. In 2020, she was cast as Frannie in the TV series Your Honor starring Bryan Cranston.

Sofia was raised by her parents of multi-ethnicity in Clifton, New Jersey, where she was born. She is the youngest in her family of four. Her father, Anthony V. D’Elia, is of Italian descent and a Judge of the Superior Court of New Jersey, while her mother, Eleanor, with Russian Jewish roots, works in printing.

She developed an interest in acting very early when she was a small child studied dance at Broadway Bound. Sofia attended Clifton High School where she was a frequent participant in school productions. She booked her first significant role in the soap opera All My Children before graduation from high school.

Her love and passion for acting led her to study acting at The William Esper Studio where she was mentored by Mr. Bill Esper.

Arguably, Sofia Black-D’Elia is quite a young beautiful woman. There’s not a lot to share in regards to her life behind the camera. Going by her social media, it appears that Sofia is a very private person and prefers to keep her personal life off the public eye. She married filmmaker Henry Joost in October 2021.

As I already mentioned, she was still in high school when she won her first acting gig, a recurring character, Bailey Wells, in the ABC TV series, All My Children. It didn’t take long for her to get on the radar and landed the role of Tea Marvelli on MTV’s Skins.

Her early roles helped establish her as an actress in the entertainment industry as well as leveraged her net worth. As she moved forward, she took on roles in Gossip Girl, Betrayal, The Messengers, and The Mick. The success of these shows helped boost her acting career as well as her net worth significantly.

Her most recent acting gig was on Your Honor, a series adapted from the Israeli TV series Kvodo, starring Bryan Cranston.

She has enjoyed much of her career in the spotlight, thanks to her professional endeavors. Despite not being active on social media, Sofia has amassed considerable followers across Facebook and Instagram. On Instagram, she has over 130 thousand followers on her @sofiablackdelia account. She has 23 thousand on her Facebook page.

She played an openly lesbian teen on the popular British series Skins.

She appeared in the music video for songs “The Chase Is On” by Hoodie Allen and “If So” by Atlas Genius.

Sofia has been cast in the lead character of Samantha Fink in the Freeform comedy series Single Drunk Female, which premiered on January 20, 2022.