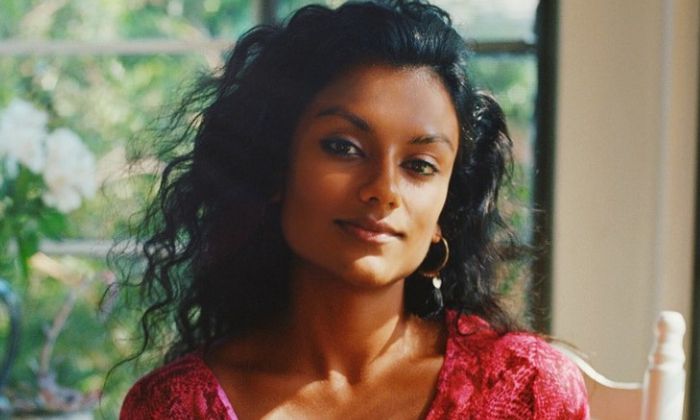 Simone Ashley is a London-born actress who is probably best known for her role as Olivia in Netflix’s Sex Education. She started off her acting career with guest roles in TV shows and soon landed major acclaimed projects like The Sister, Pokémon Detective Pikachu, Casualty, and Doctors.

Most recently, the dusk beauty caught the spotlight for securing a major part as Kate Sharma in the second season of Netflix’s Bridgerton. Simone has achieved a lot of success at a young age that helped her carve a niche for herself in the acing world.

While Simone hasn’t unveiled a lot about her family or her early life, she has spoken a little about her parents during an interview, where she said that she comes from a traditional Indian family full of academicians, and they were insecure about her acting career.

She studied acting at the Arts Ed school in Chiswick, which specializes in Musical Theatre & Acting degrees.

As mentioned earlier, Simone Ashley is quite secretive when it comes to her personal life. There’s not many details regarding her romantic aspect of life, but t’s highly unlikely that she’s entered the world of dating based on her social life.

Her Rise to Fame

Simone Ashley has been active in the industry for a while now. If you are wondering what catapulted her to stardom – then it was her role in the Netflix hit series Sex Education. She brought Olivia’s character to life in the series where she was a part of “The Untouchables” along with Ruby, Aimee, and Anwar. The series was a huge hit that earned two MTV Award nominations.

Simone made her acting debut in a 2016 episode of the TV show Wolfblood, playing her role as Zuhra.

She was a part of Pokémon Detective Pikachu, the second highest-grossing video game film adaptation of all time.

She will play one of the leading roles as Kate Sharma in the upcoming season of Netflix’s Bridgerton, alongside Adjoa Andoh, Lorraine Ashbourne, and Jonathan Bailey.