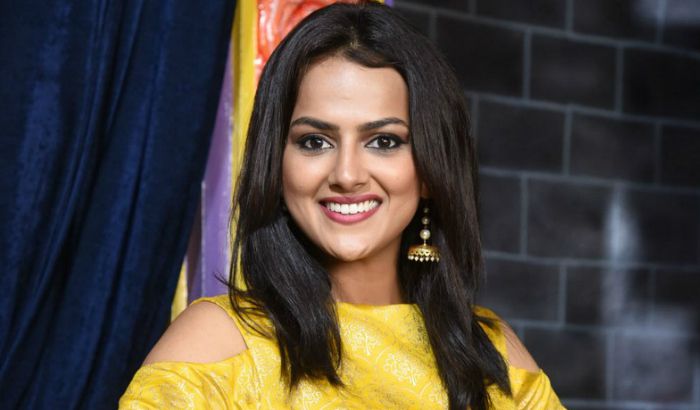 Shraddha Srinath is an Indian film actress and model, who came to public attention for her role as Rachana in the Kannada psychological thriller, ““, which earned her a Filmfare Award for Best Actress. She has appeared in a handful of Kannada and Tamil films. She is a self-made artist and established a name for herself in the entertainment industry. Not to mention her massive social media following. Some of her notable works include Operation Alamelamma, Vikram Vedha, and Ivan Thanthiran.

Shraddha Srinath was born on the 29th of September 1990, in Udhampur, Jammu and Kashmir, India. She’s currently 32 years old.

Shraddha Srinath is of Kannadiga descent. Her father was an officer in the Kumaon Regiment of the Indian Army and her mother was a school teacher. Growing up, she lived in different cities across the country due to the nature of her dad’s job as he was deployed in different locations such as Suratgarh (Rajasthan), Bhopal (Madhya Pradesh), Dharchula (Uttarakhand) Belgaum (Karnataka), Silchar (Assam), and Secunderabad (Telangana).

She attended Army School RK Puram in Secunderabad. After completing schooling, She enrolled at the Bangalore Institute of Legal Studies to study Law.

Unfortunately, there’s no info about her affairs or significant other at the moment. The actress is usually not vocal about her personal life.

Shraddha Srinath first starred in the 2015 Malayalam film, Kohinoor. She made a splash with her Kannada debut film, U-Turn in 2016, establishing herself as an unconventional actress in the industry. Her role in the film brought her huge fame and success, making her one of the most sought-after actresses.

So far she hasn’t appeared in TV series other than TV promotional talk shows.

Her journey in showbiz has been only two years and hasn’t yet starred in big banners, however, she might be charging a considerable amount of money for her roles in films. Shraddha’s net worth is under review.

She worked as a real estate lawyer with a Bangalore-based real estate company, Century Real Estate Holdings Pvt Ltd. before making her stint in mainstream cinema.

Having inclined towards acting, Shraddha joined theatre as well as took various modeling assignments whilst practicing as a lawyer. As a part of modeling, she appeared in a handful of TV commercials and also acted in plays.

Shraddha Srinath was supposed to make her acting debut in Kannada, where she had successfully auditioned for a lead role in a Kannada film, but unfortunately, the film got shelved.

She then got an offer to act in Malayalam film, eventually marking her debut on silver screens.

Her role as Rachana in the Kannada film, U-Turn was well received and gained her a Filmfare Award for Best Actress. The film went on to premiere at the New York Indian Film Festival and opened to rave reviews.

Shraddha has worked with theatre troupes like Jugaad Co., Playtonik, and Barking Dog productions. Some of her notable plays are A Box of Shorts, Take it or leave it, and Vagina Monologues.

Shraddha Srinath has been a part of several movies, which are in different stages of production, including her Hindi debut Milan Talkies starring Ali Fazal, and her Telugu debut Jersey starring Nani and Rustm, among others.