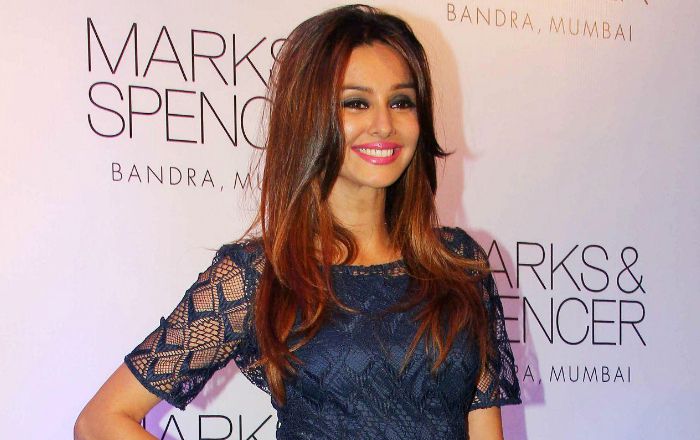 Indian actress and television host who is perhaps best known for her work in the television industry. Shibani Dandekar started out as a TV host working in the American television industry. After returning to India, she continued to work as a host and has hosted several shows including After Hours, Men 2.0, Let’s Design, and Stage. Since 2011, she has been affiliated with the IPL, co-hosting the show Extra Innings. She has also starred in Bollywood films such as Roy, Sultan, and Noor, to name a few.

Shibani Dandekar was born second to Shashidhar Dandekar and his wife Sulabha Dandekar. Both her parents belong to Marathi ancestry. She has two younger sisters, Anusha Dandekar, an actress-singer working in Bollywood, and Apeksha Dandekar.

She spent most of her childhood and her early life in London, Australia, and Africa, where she did her schooling and college education. After graduating from college, she began working as a host in a local American television network.

They both started dating in 2018 and have since gone strong. The couple often makes red carpet appearances and features on each other’s Instagram pages. They also made their runway appearance together flaunting the designs of designer Payal Singhal at the Lakme Fashion Week in 2019.

In 2014, Shibani Dandekar made her film debut in the Marathi film ‘Timepass’, featuring in a song called “Hi Poli Saajuk”.

Thereafter, she did various supporting roles in films like ‘Roy’, ‘Shaandaar’, ‘Sultan’, and ‘Noor’.

In 2001, she debuted on television hosting the show, Namaste America. Over the years, she has hosted a number of TV shows both in the domestic and international arena.

She hosted several events as well as modeled for brands including Maxim Hot 100, Nike, Rolls Royce, Puma, Mercedes, Toyota, Horlicks, HSBC, Spice Mobile, JBL, MTV Coke Studio, Nivea, and the Sony Launch of the tribute to Michael Jackson ‘This is It’.

She appeared in TV commercials for brands like Close Up and Sunsilk.

Unfortunately, we do not know the exact details related to her net worth and salary at the moment. The budding personality hasn’t disclosed anything about her net worth or salary to the media.

During her childhood years, she lived in many countries like Australia, the United Kingdom, and a few African countries.

After graduation, she moved to New York City where she started working as a TV host.

Dandekar formed a music band called D-Major along with her two sisters and performed at various shows across the country.

She is proficient in both western and Indian styles of music and dance.

In 2012, she appeared on the fifth season of Jhalak Dikhhla Jaa, the India-based Dancing With the Stars as a contestant.

Since 2015, she has been hosting the British weekly newspaper and website covering the entertainment industry, The Stage.

In 2017, she competed in the eighth season of Fear Factor: Khatron Ke Khiladi and managed to finish at 12th place.

In 2018, she was a mentor in the lifestyle show, Top Model India.

She has appeared on the cover of GQ magazine.

She co-hosted the 11th season of the Indian Premier League (IPL) and the 2019 ICC Cricket World Cup.