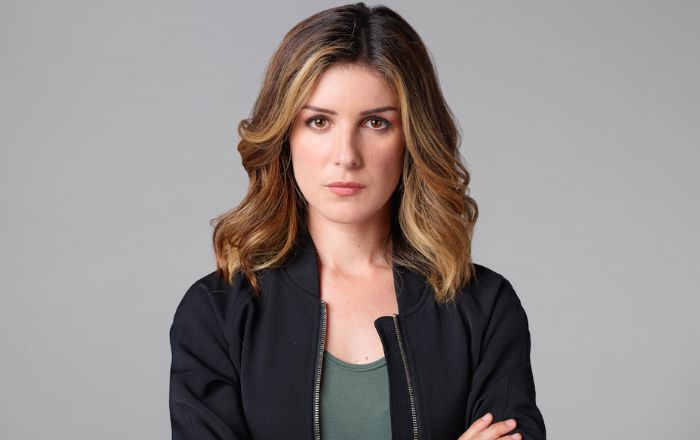 Who is Shenae Grimes?

Shenae Grimes is a popular actress in the Canadian television industry who is best known for her role as Annie Wilson on 90210, a spin-off of Beverly Hills, 90210. She had recurring roles in the TV shows Degrassi: The Next Generation and Naturally, Sadie. Her film credits include Blood Honey, Sugar and Empire State.

Shenae Grimes was born on October 24, 1989 in Toronto, Ontario, Canada. Really not much is known about her early life as she hasn’t divulged too many details about her parents or her childhood. She is of Irish and Italian descent.

Her parents raised her alongside her three sisters Maya Grimes, Liam Grimes, and Aiden Grimes.

Grimes married British model and musician Josh Beech on May 10, 2013, in Ashford, Kent, England after a year of dating. The couple welcomed their first child, a daughter, Bowie Scarlett Beech, on September 27, 2018.

Shenae Grimes made her acting debut as Eilleen Twain in a television film called ‘Shania: A Life in Eight Albums’, before landing her fist acting role in a feature film, ‘The Cross Road’ as Bridget in 2008.

In 2004, Shenae Grimes landed a recurring role of Darcy Edwards in the season two of Canadian teen drama TV series, ‘ Degrassi: The Next Generation’. She went on to play one of lead characters in season 6 and 7 and had a guest appearance in season 8. Grimes had acted in a total of 40 episodes in four seasons.

She earned a lot of fame and eventually became a household name after playing a lead character on an American teen drama TV series ‘90210’, a spin-off of Beverly Hills, 90210. She played the role of Annie Wilson from 2008 through 2013 in a total of 114 episodes.

Throughout her acting career spanning more than 14 years, Grimes has amassed a net worth of 4 million dollars.

She started her acting career in a Canadian TV show ‘Degrassi: The Next Generation’.

After landing a main role in an American TV series ‘90210’, she apparently left the show as well as Canada to act in the show.

In 2008, Grimes was ranked 8th on the Forbes list of Breakout Stars.

She a tattoo on the right side of her ribcage which says “Myself and I”.

People magazine named her one of the most beautiful people without makeup in 2009.

She appeared in a music video for rock band Our Lady Peace’s single “All You Did Was Save My Life”.

She once revealed that it was her dream to work as an editor for a fashion magazine and it was fulfilled when she had interned at Teen Vogue for a year.

Grimes is a self-proclaimed atheist.