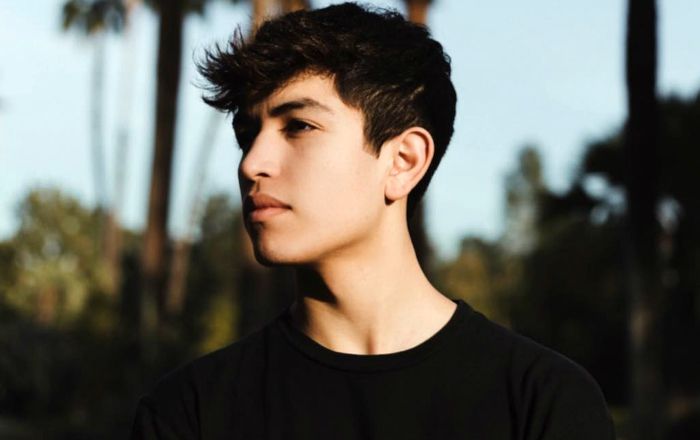 Sebastian Topete is an American internet personality known for his lip-sync videos on Tik Tok (formerly Musical.ly) and his collaborations with fellow internet stars, particularly Danielle Cohn. Both of them have lip-synced to songs by artists such as Lil Pump, Kid Cudi, and Kalin and Myles. His TikTok account has earned more than 1.4 million followers.

Where there’s not much information we have to share regarding his family and his early life, he grew up along with his older brother Christian Topete. He is the youngest child of his parents. His father is an insurance broker while her mother is a sales manager who had previously worked as a flight attendant.

Topete attended Maranatha Senior High School in n Pasadena, California from where he graduated in 2019. He was a member of the school Varsity baseball team.

Sebastian Topete was in a relationship with fellow internet star Danielle Cohn from 2017 to 2018. They were featured together in many videos lip-syncing to a lot of popular songs.

Sebastian hasn’t appeared in any film and TV show yet.

According to authoritative sources, Sebastian Topete’s net worth, as of 2023, is estimated to be around $300 to $500 thousand dollars. Much of his earnings come from brand endorsements and from video monetization on YouTube and other platforms.

Topete is no different from other social media stars who have made a career out of social media. He is very active across social media platforms and has over 550 thousand followers on Instagram.

He can be found on Twitter @sebastopeteee, where he has over 25 thousand followers. His self-titled youtube channel has accrued over 105 thousand subscribers with over 2.5 million video views. He has over 2.9 million followers on his TikTok account which has garnered over 35 million likes.

Sebastian has been posting videos to his musical.ly account, ‘sebastinatopete’ since 2015.

He has also collaborated with many other musical.ly stars like Baby Ariel.

He created his self-titled YouTube channel in 2015 and his first video was a day out vlog.

Sebastian Topete is an avid baseball fan and enjoys both playing and watching the sport.

He started playing baseball when he was just five years old.

Sebastian is a pet lover and owns a puffy poodle named Mortis.