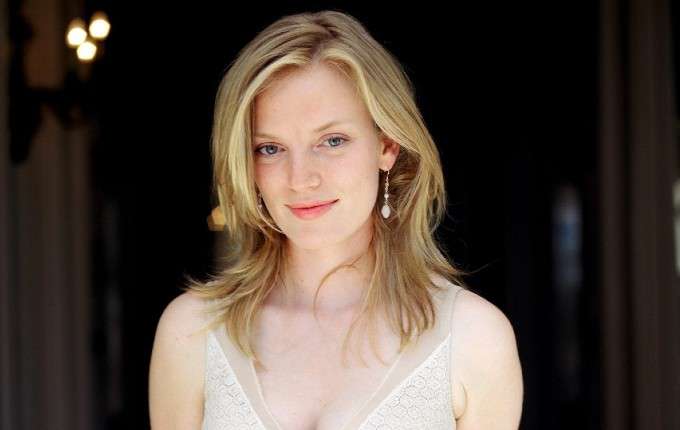 Sarah Polley is a Canadian actress, writer, filmmaker, and political activist. She has been acting since she was four years old and had basically done all these years in the spotlight. Sarah broke into the acting scene in 1985 with a minor role in the Disney movie One Magic Christmas. Until the early 2000s, Sarah has been very active in the entertainment industry, appearing in various TV shows and movies, and later on, she sifted her focus to directing. The latter part of her career saw her as more of a director than an actress.

Her first directorial debut, Away from Her, was a huge success and even won the Canadian Screen Award for Best Director. The film was also was nominated for an Academy Award for Best Adapted Screenplay. Some of her best movies she starred in include Guinevere, The Weight of Water, Dawn of the Dead, and Mr. Nobody. There is so much more to Sarah Polley besides her accomplished acting career. She is famous for her political activism in her home country. Here’s everything you need to know about this multifaceted Canadian star.

She is Scottish, Northern Irish, and Ashkenazi Jewish.

Sarah Polley is the youngest daughter of actress and casting director Diane Elizabeth Polley (née MacMillan). She was raised by her mother and stepfather Michael Polley. She has a total of four siblings, two from her mother’s marriage to Michael and the other two from Diane’s previous marriage to George Deans-Buchan. Her step-siblings are Susy Buchan and John Buchan, Mark Polley and Joanna Polley.

Her mother died due to cancer when she was 11 years old. She later learned that film producer Harry Gulkin was actually her biological father and a DNA test confirmed it well. Her mother, as a teenager, had sexual relation with him. She began living on her own at the age of 15 years old.

Sarah went to Subway Academy II and then transferred to Earl Haig Secondary School, in Toronto, Ontario. However, due to personal issues and got busy with shooting lately, she dropped out of school while she was in high school.

Sarah was married twice. Her first marriage was with Canadian film editor David Wharnsby, who she dated for more than seven years before getting hitched. They tied the knot on September 10, 2003. Five years into their marriage, things fell apart, which resulted in a divorce in 2008.

She then married lawyer David Sandomierski on August 23, 2011. The couple welcomed their first child, a daughter named Eve Sandomierski, on February 7, 2012. In addition to Eve, they also have two children.

Having known for her appearances in Away from Her, Straight Up, My Life Without Me, I Shout Love, and Stories We Tell.

Known for political activism, she has been involved in activism since she was a little girl. In a 1995 protest against the provincial Progressive Conservative government of Mike Harris in Queen’s Park., she lost her two teeth when a riot police officer hit her. She’s been involved in such activities for so long that she has become a renowned face in Canada.

As per CelebrityNetWorth estimates, Sarah Polley is worth around $5 million dollars in 2023. Being an actress and director, it’s quite obvious that the majority of her net worth was from her acting and filmmaking.

She got interested in acting at a young age. Her mother used her connections in the industry to help launch her acting career.

She is an atheist.

Sarah made her acting debut at age four with the 1985 film One Magic Christmas in which she played the role of Molly.

From 1990 to 1996, she played Sara Stanley in the hit children’s TV series Road to Avonlea.

She is one of the few actors to receive a star on Canada’s Walk of Fame.

In 2012, she won a $100,000 cash prize for her documentary film, Stories We Tell after it was named the best Canadian film of the year by the Toronto Film Critics Association.

In June 2013, she won the National Arts Centre Award recognizing achievement over the past performance year at the Governor General’s Performing Arts Awards

She was appointed as an Officer of the Order of Canada in December 2013.

Sarah has directed several movies so far in her career including Away from Her, Stories We Tell, and Women Talking.

As an activist, she usually voices for causes like public health, human rights, global trade, and efforts to combat poverty