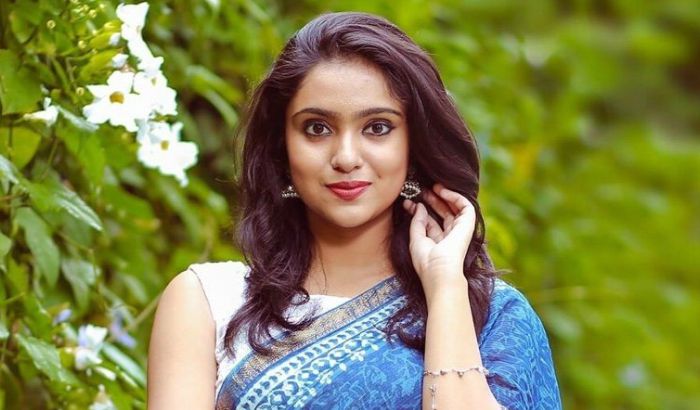 Sana Althaf is an Indian film actress from Kerala who is best known for her work in Malayalam and Tamil-language films. Beginning her carer at the age of 15, she has appeared in a host of films like Mariyam Mukku, Rani Padmini, Basheerinte Premalekhanam, Odiyan and Chennai 600028 II.

Speaking about her family and childhood, there’s not much known information regarding her parents or her siblings either. Her father is a businessman in Kerala.

For education, Sana attended Bhavan’s Adarsha Vidyalaya in Kochi. She is currently pursuing a Charted Accountancy course along with B.Com.

Sana is very reluctant to talk about her personal life and thus there is not much information available of any relation she has had in the past or in the present.

Sana made her acting debut with the 2014 Malayalam film, ‘Vikramadithyan,’ in which she played a supporting character of Shruthi.

Her first leading role as an actress came in 2015 playing the role of Salomi in the Malayalam film, ‘Mariyam Mukku.’ A role that earned her praises and critical acclaim as well as landed her in various roles.

From 2014 to 2015, she worked as a TV host in a popular Malayalam television channel.

She has aspired to be an actress since she was young as her father was a prominent film producer in Malayalam.

Sana was just 15 when she landed a supporting role in the film Vikramadithyan.

She was a cast in Venkat Prabhu’s Chennai 600028 II, which marked her debut in Tamil.