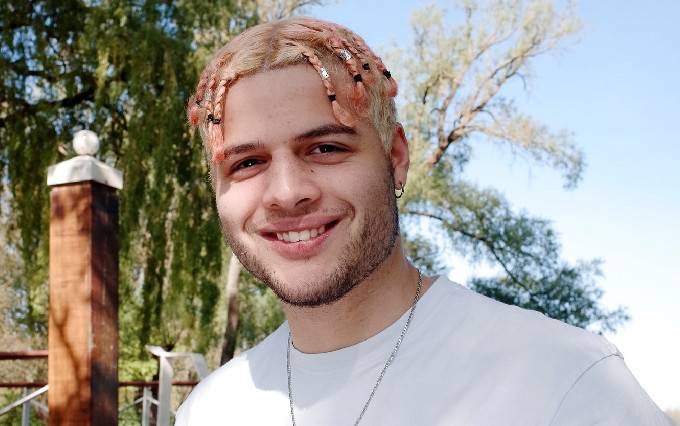 Sam Byrk is an aspiring recording artist from Germany who has already made a mark in the music industry with hit singles like Rude Boy, Trouble, Blue, and Rude Boy 2. The 21-year-old recording artist burst onto the hip-hop and pop scene in 2021 and has quickly become “one to watch” in the music industry. He has released more than 10 singles so far and that have already garnered more than 2 million streams on Spotify. Sam has recently joined AWAL, a record label by Sony Music that empowers independent artists. He has a huge online presence, especially on Instagram where he has over 100k followers.

Born to a Cuban mother and a Danish father in Germany, Sam had spent a part of his childhood there and then moved to Miami, Florida. He later relocated to Luxembourg for middle and high school. It was a roller coaster childhood as Sam and his mother moved around a lot without much of a father figure around. Now Sam is studying in the Netherlands where he really started focusing on his music career.

Starting in 2021 Sam has been releasing music steady until the present day nearly accumulating 2.000.000 streams on Spotify. He has grown a fanbase of over 100k followers on Instagram as well. Recently he has been picked up by AWAL from Sony Music.

Sam has found early success in the pop industry with singles like Summer and Can’t Decide, but his breakthrough came with the album “You & Me” which was released in December 2021. Comprising a total of 8 tracks, the album spawned hit singles like Trouble and Rude Boy. The album received a lot of positive reviews from music lovers and critics alike and has already accumulated 1.5 million streams on Spotify. All of his compelling works have helped him build a net worth of around $10 thousand dollars. Sam has achieved a great deal of success at a young age and will continue to strive to meet all of his career goals in the music industry until his dream of becoming a top recording artist becomes a reality.

Growing up, he played high-level basketball in Europe.

In 2022, he went on to record more songs, including the likes of Stressin, Feelings Freestyle, and Blue.

In his free time, Sam enjoys music and playing basketball, football, and gaming.

He currently resides in the Netherlands for his studies.