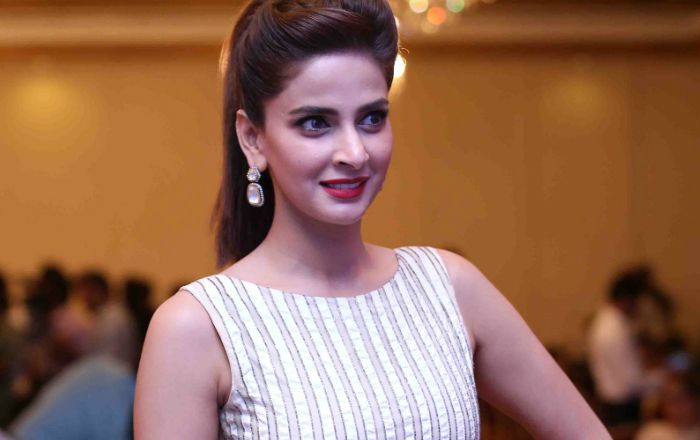 Qamar has starred in a wide range of television series including Besharam, Digest Writer, Bunty I Love You, and Tinkay. In 2016, she received an Honorary Pride of Performance Award from the Government of Pakistan for her contribution to the entertainment industry.

Saba Qamar was born on the 5th of April 1984, in Hyderabad, Sindh, Pakistan. She is currently 38 years old.

She is currently engaged to her cousin who works with the Pakistan Air Force as an engineer.

According to reports, Saba Qamar had a relationship with fellow Pakistani actor Hamza Ali Abbasi in the past.

In 2015, Saba Qamar made her onscreen debut in the movie Manto, directed by Sarmad Sultan Khoosat. For her role as Noor Jehan, she was nominated for ARY Film Award for Best Supporting Actress.

She made her television debut in the 2005 PTV Home TV series Main Aurat Hoon.

Having had played Suraiya in Dastaan, Zartash in Tera Pyar Nahin Bhoole, Saman in Maat, and Mishal in Besharam.

As of 2023, Saba Qamar has a net worth of $2 million US dollars. She charges 3 lakh per episode of TV series, making her one of the high-profile and highest-paid actresses in the Pakistani entertainment industry.

Saba belongs to a Syed family.

Qamar was raised in Gujranwala by her grandmother after her father died when she was 3 years old.

Her original name was Sabahat.

She was just 19 years old when she made her debut on the TV show, Main Aurat Hoon.

In 2012, she won the PTV award for ‘Best Actress Jury’ for the TV series ‘Tera Pyar Nahi Bhoolay’.

In 2015, she won the Hum Award for Best Actress for the television series ‘Bunty I Love You’.

Saba is good friends with actor Ahsan Khan, with whom she has worked on several projects.

She rose to fame when she played the role of Saman in the TV series, Maat.

A few of her TV shows have also been aired in India.

She has walked the ramp for many renowned designers and brands.

In 2016, Saba Qamar won the Galaxy Lollywood Award for Best Supporting Actress for the movie ‘Manto’.

She would have been a choreographer if she wasn’t an actress.

She has been awarded the Lux Style Awards 8 times and has also won the A Hum Award.