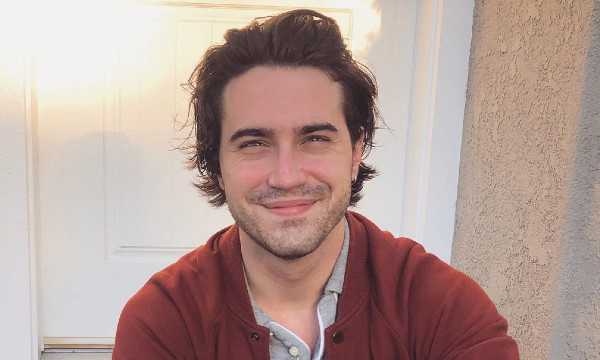 Ryan McCartan is an American actor and singer who came into the limelight for his recurring role of Diggie Smalls on the Disney Channel sitcom Liv and Maddie. In 2011, he was one of the two top performers to receive a Best Performance by an Actor at the Jimmy Awards at the National High School Musical Theater Awards.

He played Jason Dean “J.D.” in the Off-Broadway production of Heathers: The Musical from 2013 until 2014. He as well appeared in Broadway production of Wicked (2018-2019) and Frozen (2020), playing the role of Flyero and Hans, respectively. He’s also an aspiring singer and has contributed to the soundtracks of Heathers: The Musical and The Rocky Horror Picture Show: Let’s Do the Time Warp Again.

Ryan attended Minnetonka High School in Excelsior, Minnesota. Due to an early interest in acting and singing, he became actively engaged in high school productions.

He was given a full scholarship to attend Guthrie BFA Program at the University of Minnesota. However, he left behind the program after attending briefly and moved to Los Angeles to pursue acting.

The tall and handsome actor began dating actress and singer Dove Cameron in August 2013. After dating for more than three years, they broke up in October 2016. They both worked together in the TV series Liv & Maddie.

A year later, Ryan found his new love Samantha Fekete, who is a social media star and YouTuber. The pair are still together and they run a collaborative YouTube channel called Sam & Ryan

He’s best known for portraying in the recurring role of Diggie on the Disney Channel Original Comedy Series, Liv and Maddie.

Also a stage actor, he was last seen on Broadway in Frozen. His off-Broadway credits include original casts of Scotland, PA and Heathers: The Musical.

He was diagnosed with juvenile diabetes when he was a little boy.

McCartan was one half of the now-defunct pop duo The Girl and the Dreamcatcher. They released their first EP titled Negatives on July 29, 2016. The other half of the pop duo was his ex-girlfriend Dove Cameron.

He made his acting debut in 2011, portraying Jeff in the television movie, Extremely Decent.

He co-starred with Liza Koshy in season 2 of the TV series Freakish.

McCartan is active on Instagram where he has over 1.2 million followers.