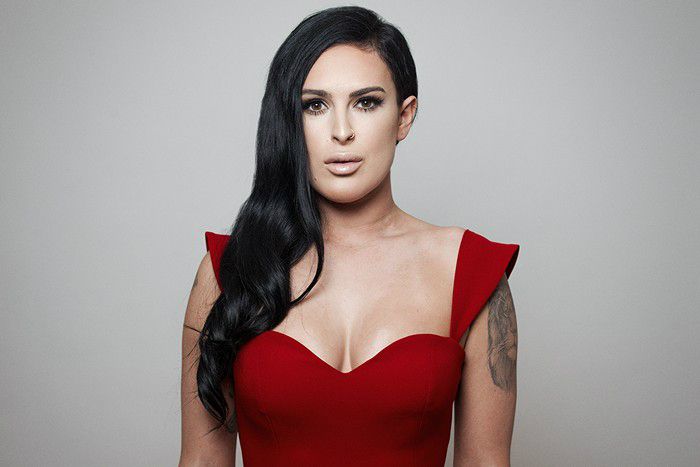 American actress and singer Rumer Willis shot to worldwide fame after winning the 20th season of the television reality show ‘Dancing with the Stars’. She is the eldest daughter of Hollywood actors, Bruce Willis, and Demi Moore. She is best known for her recurring role as Gia Mannetti on CW teen drama 90210 and as Tory Ash in FOX musical-drama Empire. She has also starred in films such as The House Bunny, Striptease, and The Whole Nine Yards.

Rumer Willis was born on the 16th of August 1988, in Paducah, Kentucky, United States of America. She’s currently 32 years old.

Rumer joined as a freshman at the Interlochen Arts Academy in Interlochen, Michigan. She, then, attended Wildwood Secondary School in Los Angeles, California as a sophomore.

She later enrolled at the University of Southern California but dropped out after one semester to focus on her acting career.

Rumer Willis is reported to be dating actor Armie Hammer.

Rumer Willis made her onscreen acting debut in the 1995 film Now and Then. She portrayed Angela Albertson in the film which also had her mother playing the lead role.

In 2008, Willis made her first television appearance on ABC’s sitcom Miss Guided, in which she played the role of Shawna in an episode titled “Frenemies”.

Willis has appeared in many TV commercials including Walmart’s ad campaign for the spring/summer launch of Op. She has had been the face of Badgley Mischka and Ocean Pacific.

As of 2023, Rumer Willis has an estimated net worth of $4 million US dollars.

During her teens, she was interested in medicine and psychology, but after realizing that one can learn a lot about people in acting, she took acting as her career.

She made her acting debut at the age of five alongside her mother in the film ‘Now and Then’.

Her middle name was given to her by her father to honor Glenn Gordon Caron, who was instrumental in casting him in the hit TV comedy, ‘Moonlighting’.

She and her partner, Valentin Chmerkovskiy,  won the 20th season of the reality show ‘Dancing with the Stars’.

She mostly prefers to be without makeup which attracted some criticisms on social media but she never takes it to her heart.

In 2019, Rumer Willis played the role of Joanna Pettet in Quentin Tarantino’s comedy-drama film, Once Upon a Time in Hollywood