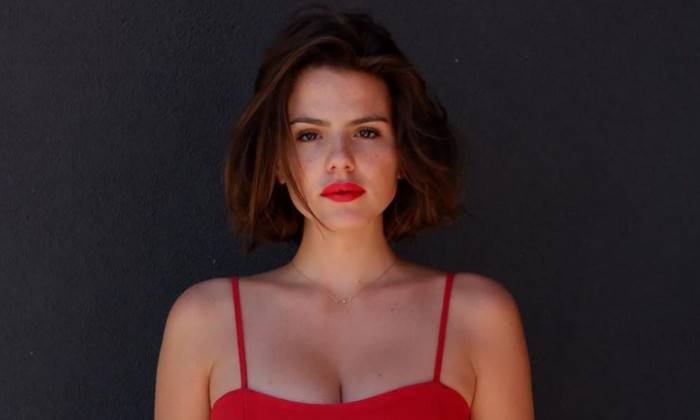 Ruby O. Fee is a Costa Rican-born German actress that has taken the acting world by storm with her exceptional performance as Sophie Kellermann in the children’s series 13 Hours: Race Against Time. From 2013 to 2018, she played multiple roles on the TV series Tatort. Thanks to her versatile roles, she has already made a huge name for herself in the German entertainment industry.

Aside from her various guest appearances on television, Ruby has also starred in a number of films, including the likes of Asphalt Burning, Lindenberg! Mach dein Ding, Sweethearts, Polar, The Invisibles, and Womb.

Though she was born in San Jose, Costa Rica, she moved to Brazil with her family at a tender age and later relocated to Germany in 2008, where she still resides. Her mother is a German who works in the fashion industry while there’s not much known about her biological father.

It appears that her parents divorced when she was a little girl and her mother got remarried to a French man, and they together raised her.

There are no details on whether she completed her school or not, however, she studied music at the Béla Bartók Music School.

Thanks to her decade-over fabulous acting career, she has made it big in the acting industry in her own right. Apparently, most of Ruby’s money comes from her acting gigs. In her mid-twenties, the actress has already achieved pretty much more than most people do in their entire lives.

With a lot of acting offers in her kitty, the actress show no signs of stopping anytime soon. Her extremely successful career as an actor has helped her gain a hefty net worth, which is estimated to be about $1 million, according to various online publications.

She has spent a larger part of her childhood years in Brazil with her mother and stepfather.

Ruby O. Fee made her acting debut in the English film Womb, starring Eva Green and Matt Smith, which was released in 2010.

Ruby won a Jupiter Award for Best German TV Actress for her role in Tatort – Happy Birthday, Sarah, in 2014.

Most recently, she was awarded the prestigious Immenhof Film Prize 2015 award for Best Actress.