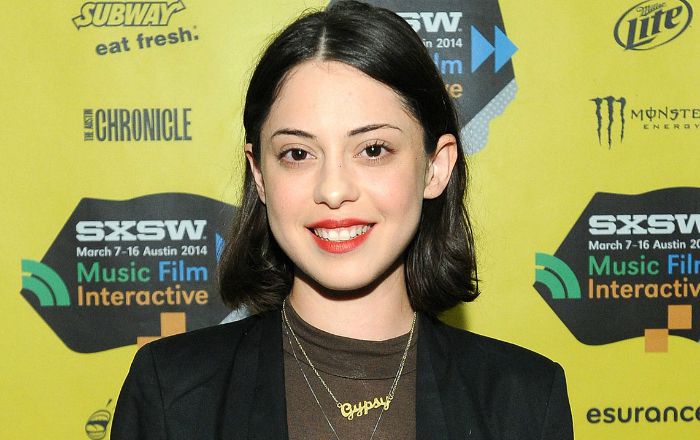 Rosa Salazar is a popular Canadian actress who is known for her appearances as Lynn in The Divergent Series: Insurgent, as Brenda in Maze Runner: The Scorch Trials & Maze Runner: The Death Cure, and Alita in the upcoming film Alita: Battle Angel. She is a well-known figure in the television industry who has starred in several TV series including Parenthood and American Horror Story: Murder House, Man Seeking Woman, and Big Mouth.

Talking about her personal life, she has not revealed anything about her family, education, and her early life. What has been known about her is that she was raised in Washington, D.C., and nearby Greenbelt, Maryland.

For education, Salazar attended Eleanor Roosevelt High School in Greenbelt, where she was active in the school theatre program.

Rosa Salazar hasn’t revealed much information about her personal life to the media, however, she’s engaged to Isacc Hiller.

Rosa Salazar made her on-screen debut with the 2014 biographical crime drama film Jamesy Boy for her role as Crystal. Before that, she had acted in a bunch of short films.

In 2011, Salazar made her first appearance on Television playing her role as Yolanda in an episode titled ‘Zuma Canyon’ of American police procedural and legal drama television series, Law & Orser: LA.

For her role as Madeline in the 2015 film Night Owls for which she was nominated for Best Actress at the Hill Country Film Festival Award.

She was raised in Greenbelt, Maryland, USA.

She worked as a concessions coordinator at a landmark theatre in Maryland while she was searching for film roles.

Rosa Salazar appeared in the web series Old Friends as well as in several CollegeHumor sketches before landing her role in TV series.

She started her career performing in New York City and later moved to Los Angeles to pursue acting.

Rosa won the Twin Cities Film Fest Breakthrough Achievement Award for Performance for her role as Madeline in the film Night Owls.

She was also nominated for Sundance Film Festival Short Film Grand Jury Prize for her portrayal of Rosa in the Short film, Good Crazy, in which she alos doubled as a director and writer.