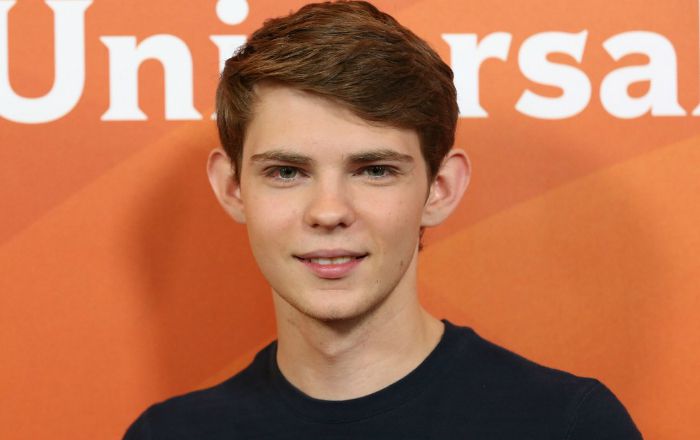 Robbie Kay is an English actor best known for his appearances in both television and films. He landed a recurring role as Peter Pan on ABC fantasy series Once Upon a Time. He also played Tommy Clark in the NBC miniseries Heroes Reborn. His film credits include  Fugitive Pieces, Pinocchio, Pirates of the Caribbean: On Stranger Tides, and Flight World War II.

Robbie Kay is the youngest of three children to Ivan and Stephanie Kay, who works in the Merchant Navy. He has two older sisters, Camilla and Fiona Kay.

Robbie attended the International School of Prague. He then enrolled at the British school for his high school education.

He was admitted to England’s Stagecoach Theatre School for a year to study acting.

Robbie was said to be in a relationship with Kerry Hennessy in 2016.

Robbie Kay made his acting debut in the 2006 film The Illusionist, where he played a six-year-old boy,  but his portions didn’t make the final cut.

His first credited role was a small role in the horror-thriller movie, Hannibal Rising, in which he played the role of Kolnas’s Son.

Robert made his debut TV show appearance playing the leading role in the fantasy adventure series, Once Upon a Time in 2013, 2016, and 2018.

For his role as Peter Pan in the fantasy and fairy tale TV series, Once Upon a Time, and as Tommy Clark in the science fiction miniseries, Heroes Reborn.

Robbie has an estimated net worth of $1 million US dollars, as of 2023.

He studied acting, singing, and dancing for a year at England’s Stagecoach Theatre School.

He is afraid of heights and roller-coasters.

Robbie was among 150 artists auditioned for the role of Young Jakob in Fugitive Pieces. He was just 11 years old when he was cast in the film and lived in Prague for two years during the filming of the film.

He has a bloodshot eye as a result of a stick going into his eye when he was 5 years old. It burst a blood vessel but hasn’t affected his eyesight.

In 2009, Robbie was nominated for Young Artist Awards in the category Best Performance in an International Feature Film – Leading Young Performers for his role in the film Fugitive Pieces.