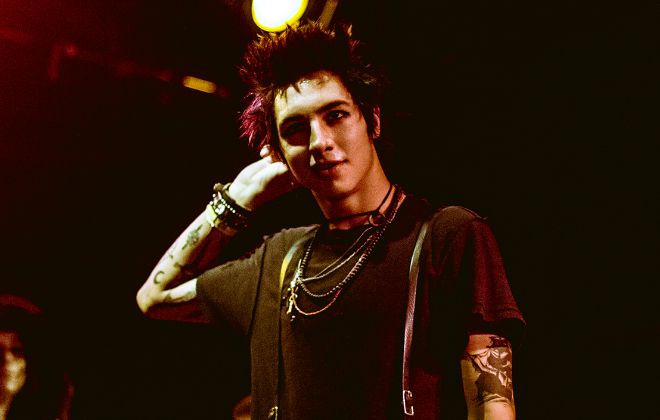 Remington Leith is a famous Canadian musician best known as the lead vocalist of the fashion-art rock band called Palaye Royale. The group was named MTV’s Musical March Madness champion of 2014 as well as received an APMA nomination for Best Underground Band in 2017. They released their debut album in 2016. The group is known for their singles including Mr. Doctor Man, You’ll Be Fine, Death Dance, Get Higher, and Live Like We Want To.

Remington Leith was born on the 5th of May 1994 in Canada. He is currently 27 years old.

There is not much known information about his education.

Leith is currently in a relationship with model Kaylen Ward.

He dated actress Ana Walczak and model Monica Ollander in the past.

As a member of the band Palaye Royale, Remington released his first album Boom Boom Room (Side A) on June 24, 2016 under the label Sumerian Records. The album includes 13 tracks.plus an additional two bonus tracks.

They released their second album, Boom Boom Room (Side B), was released on September 18, 2018. The album contains tracks such as “Death Dance” and “You’ll Be Fine”.

Being a lead vocalist of the indie fashion-art rock group Palaye Royale. The other members of the band include Sebastian Danzig (Guitarist) and Emerson Barrett (Drums, Piano).

He along with his brothers, Sebastian Danzig and Emerson Barrett, formed the band in 2008 under a different name (Kropp Circle). They renamed their band name to Palaye Royale in late 2011.

He and the band formed in Toronto, Canada and would become based out of Las Vegas, Nevada.

Remington was just 14 when he formed the band. They released their first single “Morning Light” in 2012.

They singed to Sumerian Records in December 2015, and began working on their debit album Boom Boom Room (Side A).

They describe their musical style as rock and roll, glam rock, indie rock and garage rock.

They are influenced by The Animals, The Faces, Small Faces, The Rolling Stones, The Doors, David Bowie, T. Rex, The Velvet Underground and classical music.