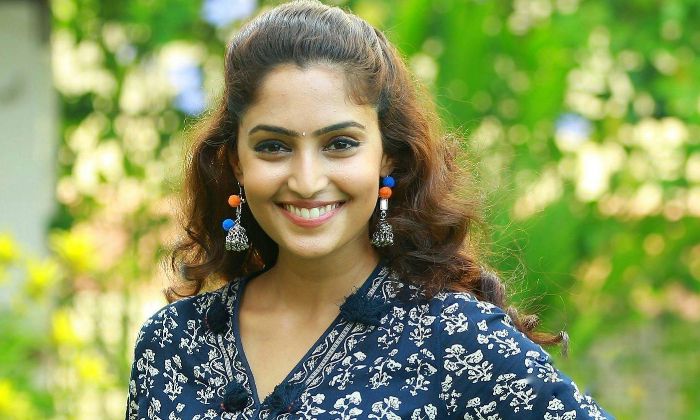 Reba Monica John is an Indian actress and model who caught the spotlight after being named the second runner-up of the popular Malayalam beauty pageant show, Midukki. She made her mark as an actress, playing Chippy in the commercially successful Malayalam film, Jacobinte Swargarajyam, alongside Nivin Pauly and Renji Panicker. She has appeared in a number of TV commercials including Anusree hair oil, Parachute Ayurvedic, Eastern Chicken masala, and Dr. Dhatri Hair Oil.

Reba Monica John was born on the 4th February of 1994, in Bengaluru, Karnataka, India. She is currently 29 years old.

As for the educational qualification of Reba Monica John, she attended Sacred Heart Girls’ high school, graduating in 2008. She, then, earned her bachelor of science degree in Chemistry from Christ University Bangalore in 2015. She obtained her Master’s degree in the same branch and college in 2017.

Reba Monica John landed her first onscreen acting role, playing the character Chippy, the love interest of Jerry Jacob (played by Nivin Pauly), in the 2016 Malayalam drama film, Jacobinte Swargarajyam. The film was a major success at the regional box office, minting around $3.5 million against the production budget of $900 thousand dollars.

She made her Tamil debut with a starring role as Keerthi in the action and black comedy film, Jarugandi, in 2018.

Reba’s first television appearance came in 2016 when she competed in the Malayalam beauty pageant-themed reality show, Midukki. She finished 2nd runner-up in the show, which aired on Mazhavil Manorama.

She came into greater prominence in 2016 when she was cast in the female lead Vineeth Sreenivasan’s drama film, Jacobinte Swargarajyam. The film was a huge success, and her performance in the film was highly lauded by critics, and in fact, it is still one of the best works in her career.

Reba has appeared in a number of television adverts for brands like Anusree hair oil, Eastern Chicken Masala, Parachute Ayurvedic, m4 Married.com, Mosquito nets, and Dhatri Hair Oil, among many others.

She is the cousin of actress Anu Emmanuel.

Before fame, she worked as a model, featuring in TV adverts, print ads, and modeling gigs.

She won the 2018 Asianet Film Awards for Best Star Pair for her role in the Malayalam-language movie Paipin Chuvattile Pranayam.

When not working on films, Reba enjoys spending her free time blogging, dancing, hanging out with her friends, and traveling.

Reba is also active on different social media platforms such as Instagram, Twitter, and Facebook on which she also regularly uploads videos and pictures from her everyday life. She has over 230k followers on Instagram.

Reba Monica John is currently working alongside actor Vijay in his yet-untitled movie, being referred to as Thalapathy 63 for time being.