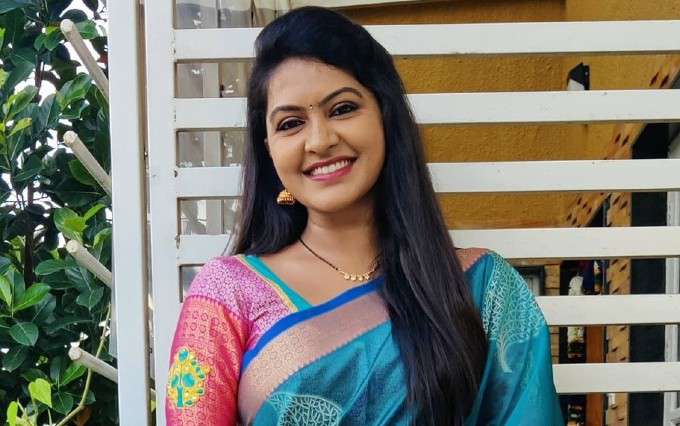 Rachitha Mahalakshmi is an Indian actress known for playing the lead role of Meenatchi in Saravanan Meenatchi franchise, which aired on Star Vijay. Though she had starred in many daily soaps before appearing in the Saravanan Meenatchi serial, she attained fame and recognition only with the serial.

Well, today, Rachitha is one of the most popular and leading serial actresses in the Tamil television industry with a huge amount of fan following on different social media platforms.

Rachitha was born on the 24th of April 1990, in Bangalore, Karnataka, India. She’s currently 32 years old.

Not much is known about her personal life, including any details about her early life and educational qualifications.

In 2015, she made her theatrical film debut with a Kannada romantic comedy film Parijatha, in which she played a pivotal role.

The same year, Rachitha Rachu made her Tamil debut with the comedy-drama film Uppu Karuvaadu as Uma.

She first appeared in the Kannada serial Mega Mandaran, in which she portrayed her role as Bhoomika. In 2011, she landed a leading role in Tamil daily soap, Pirivom Santhippom, for her role as Jyothi, which aired on Star Vijay. That role was a turning point in her acting career, which made her known to the Tamil audience. Since then, she has appeared in more than a dozen of TV serials as a leading character.

Playing Thanga Meenakshi and Madhurai Meenakshi in the second and third installments of the Saravanan Meenatchi franchise.

Aside from Tamil serials, she is also playing the leading role in the Kannada serial Geethanjali since 2016, airing on Star Suvarna.

She appears as a judge in the reality show Junior-Senior that airs on Zee Thamizh.

Rachitha won Vijay Television Awards in the Best Actress category for Saravanan Meenatchi in 2015 and 2017.

She is often referred to as the ‘Queen of Expressions of Tamil Small Screen’.

Dogs are her favorite animal, and of course, she has two dogs in her house.