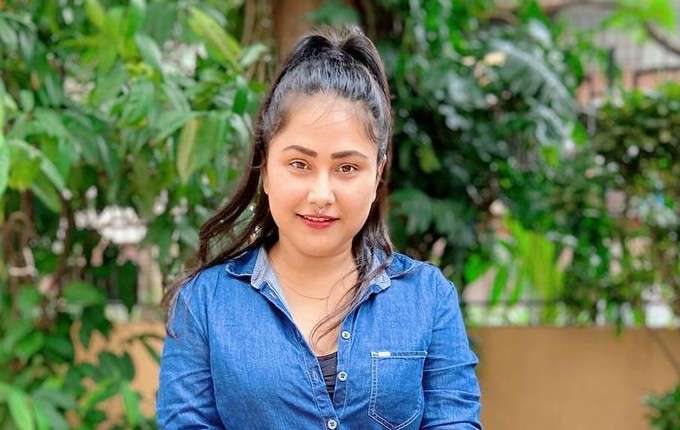 Priyanka Pandit is an Indian film and television actress who has forged a place for herself in the Bhojpuri film industry. She started off her career in 2013 with the movie Jeena Teri Gali Mein starring opposite Pradeep Pandey. Her stunning performance in the film earned her the Best Actress at the Bhojpuri Award in 2014.

The Bhojpuri actress has since starred in a number of Bhojpuri films such as Jo Jeeta Wohi Sikandar, Deewane, Awara Balam, Nache Nagin Gali Gali, Ab Hoi Policegiri, and English Bola Ae Balamua. In 2021, Priyanka caught the spotlight for all the wrong reasons. A private video of her which was taken some years ago has leaked online and it quickly went viral on social media. Ever since has the video gone viral, Priyanka took to social media to clarify that the young lady in the video was not her and it was someone else. She has over 650 thousand followers on Instagram.

Very little is known about Priyanka’s life prior to her rise to fame as an actress. There are no details regarding her family, childhood, and education.

Priyanka Pandit has been dating actor Pradeep Pandey for several years now. They have worked together in several films, including the 2016 Bhojpuri film Jeena Teri Gali Mein. He is 18 months younger than her.

She is probably best known for her work in Bhojpuri cinema. She has been acting for years now. The actress has had parts in more than 50 films, including Pawan Putra, Ichhadhari, Jab Pyar Kiya To Darna Kya, Karam Yug, and Tod De Dushman Ki Nali Ram Aur Ali.

She burst onto the acting scene in the early 2010s and scored her first acting gig in the film Jeena Teri Gali Me opposite Pradeep Pandey, her real-life boyfriend.

She won the Best Newcomer Actress Award at the Bhojpuri Awards in 2014.

In 2021, she grabbed widespread media attention after a private video of her went viral on social media. Though it was reported to be an old video, she was seen undressed. Following the incident, she filed a police complaint with the cyber cell and said that the young woman in the video was not her but a lookalike of her.

She has a nose piercing in the septum.