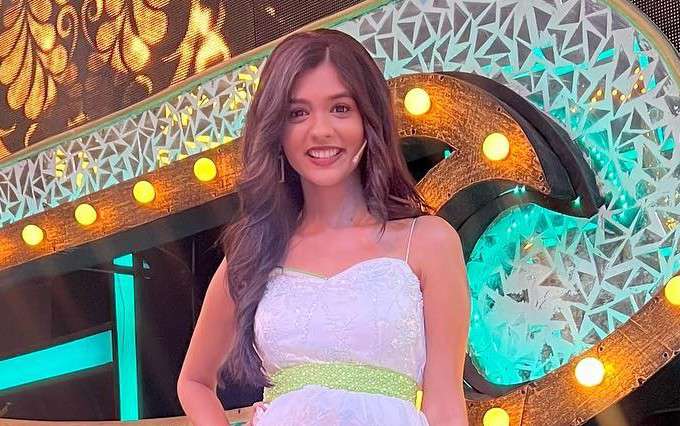 Pranali Rathod is an Indian actress and model who burst onto the acting scene in 2018 with Pyaar Pehli Baar. She gained huge popularity after she took on the role of Akshara Goenka Birla in the Star Plus television series Yeh Rishta Kya Kehlata Hai. This role earned her the Indian Television Academy Awards nomination for Best Actress (Drama) in 2022. She has acted in several TV shows, including Saudamini Bhaumik in Barrister Babu and Radha Sahni in Kyun Utthe Dil Chhod Aaye. On the heels of that success, Pranali reprised her role of Akshara in the TV show Anupamaa and guest appeared in the gaming show Ravivaar With Star Parivaar. In 2021, she made her web series debut as Richa in Chutzpah. She has a huge presence on Instagram with over 1.4 million followers.

Pranali’s parents are Suresh Rathod and Sheela Rathod. Her father was a Lecturer at Lokmanya Vidya Mandir Junior Colege in Mumbai. She has a sister named Ruchi Rathod. She holds a Bachelor’s degree in Mass Media.

She was born into a Maharashtrian family and raised in Mumbai.

Pranali began her career as a model, and over the years, she has worked with several designers and walked for them at various fashion shows.

She ventured into acting in 2018 with the TV show Pyaar Pehli Baar, in which she played the role of Saanvi in the show’s first episode.

She continued to make headlines in the late 2010sn as she booked roles in TV shows like Jaat Na Poocho Prem Ki, Barrister Babu, and Kyun Utthe Dil Chhod Aaye.

Pranali Rathod starred as Richa in the web series Chutzpah, which premiered on SonyLIV on 23rd July, 2021.

In 2021, she appeared in the music video for the song Humko Toh Pyaar Hogaya by Raj Barman.

In 2022, she received nominations for Indian Television Academy Awards in the category Best Actress (Drama) for her work in the TV show Yeh Rishta Kya Kehlata Hai.