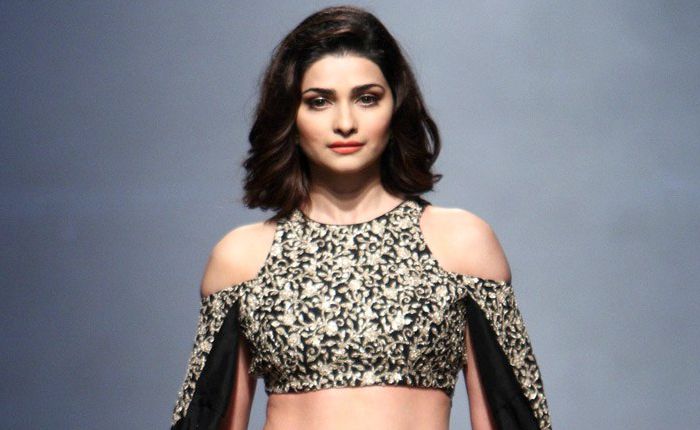 Prachi Desai is an Indian actress who came into the limelight for her role as Bani Walia on Zee TV’s s sitcom ‘Kasamh Se’. Being successful on small screens, Desai has made her leap to the big screen with the 2008 Bollywood film, ‘Rock On!!’. She has appeared in many hit movies like Once Upon a Time in Mumbaai, Bol Bachchan, I, Me Aur Main, and Rock On 2.

Prachi Desai was born on the 12th of September 1988, in Surat, Gujarat, India. She is currently 33 years old.

Prachi Desai parents are Niranjan Desai, who works as a professor and Ameeta Desai. She has a sister named Esha Desai, who is also an actress.

Desai attended St. Joseph Convent in Panchgani, Maharashtra. She later went on to pursue a Bachelor of Arts degree in Psychology at the Sinhagad College in Pune but dropped out to focus on her acting career.

Prachi was rumored to be dating film director Rohit Shetty in 2012.

Her first leading role in television was as Bani Walla in the Zee TV soap opera ‘Kasamh Se’. She was the protagonist in the series which she starred in from 2006 to 2008.

Desai has many hit movies and TV series to her credit. Her performance in the TV series Kasamh Se was praised and applauded by critics and she received various awards including Indian Telly Awards, Kalkar Awards, Zee Rishtey Awards.

In films, she got her first breakthrough with the film Rock On!! She played the role of Sakshi, wife of Aditya Shroff (Played by Farhan Akhtar), the lead vocalist of the rock band ‘Magik’. The film was a massive success at the Bollywood box office, which grossed around $7 million from its total run.

Her other remarkable work in her career was Once Upon a Time in Mumbaai, a gangster film, which was directed by Milan Luthria. She played Mumtaz in the film, alongside an ensemble cast Ajay Devgn, Emraan Hashmi, Kangana Ranaut, and Randeep Hooda.

Prachi’s net worth is estimated to be between $5 – $7 million. She lives in Mumbai, Maharashtra.

She started modeling while she was still in college and had her photos sent across many production houses.

Prachi auditioned for the role of Bani Walla in the TV series opera ‘Kasamh Se’. She had to drop out of college so that she could focus on acting.

For her work in the series, she won a total of 6 awards including four Indian Telly Awards, one Kalakar Awards, and one Zee Rishtey Awards.

If she weren’t an actress, she would have been a counselor.

She is close friends with actress Ekta Kapoor.