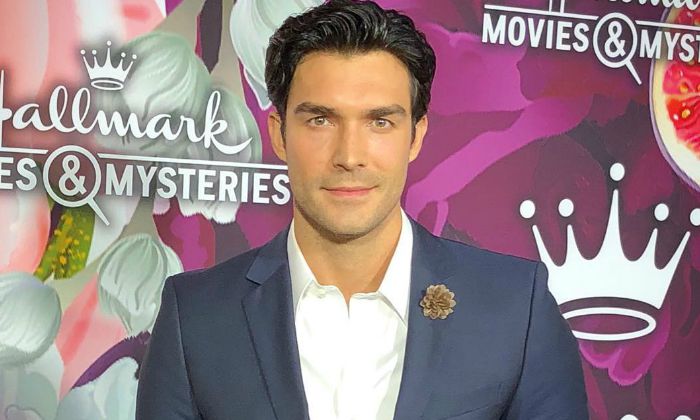 Peter Porte is an American actor from a small village in New York who gained prominence after starring in the soap opera “The Young and the Restless”. He started his career as a model and then transitioned to the theatre where he toured with Broadway National Touring Company of Mamma Mia!

Peter Porte was born on the 31st of March 1985, in Greenwood Lake, New York, United States of America. He is currently 36 years old.

Very little is known about Peter’s family and his childhood. His father, Paul Porte, is an Italian while his mother, Teresa E. (Bak), has roots in Poland.

Interestingly, he displayed his interest in acting from an early age despite that nobody from his family has nothing to do with acting. His first acting stint came during third grade when he appeared in a Christopher Columbus pageant.

Peter attended George F. Baker High School, graduating from school in 2002. He then joined the New York University’s Tisch School of the Arts from where he graduated with a BFA degree in acting. He furthered his acting ambitions by enrolling himself at the prestigious Royal Academy of Dramatic Art (RADA) in London.

Talking about his personal life, Peter Porte is openly gay and is married to another gay man known as Jacob Villere. They tied the knot in a private ceremony held in New Orleans on the 7th of October, 2018. Due to the stardom status, his marriage attracted a lot of attention from his fans as well as from film fraternity.

Prior to his marriage, it was reported that Peter to be in a relationship with American actress and singer, Chelsea Kane. The rumors sparked after the duo acted together in the TV series Baby Daddy and they were spotted together at Muhammad Ali’s Celebrity Fight Night XXI together. But neither of them has confirmed nor denied the claims.

Even though he has been in the acting space for quite a while, Peter hasn’t acted in a feature film yet. However, he has starred in a handful of tailor-made movies for television, and with the Hallmark channel in particular.

Peter ventured into the world of acting in the year 2005. Before that, he was involved in theatre and stage plays and also into modeling for a brief time. The stylish actor was booked for an acting gig for a television film entitled ‘University Place’ in 2005 where he played the character of Jeremy.

Peter landed a part as Fourth Man in the television series Medium in 2008.

Undeniably, his part in the long-running soap opera The Young and the Restless was his best in his career. He was well-received for his role that made him a household name among the Americas. Porte was cast in the role of Ricky Williams in the series that definitely redefined his career as an actor.

He had a recurring role as Brad Walker in the ABC sitcom Baby Daddy in 2014. Critics lauded him for his beautiful rendition in the series which in turn earned him a massive fan base.

Well through his successful career as an actor, Peter has accrued an incredible net worth of $11 million.

His colossal love for performing arts led him to study acting at various prestigious institutions and started his career as a stage performer.

Peter has appeared in a number of stage plays and toured with the Broadway National Touring Company for the show “Mamma Mia!”

He also performed for over five seasons with the critically acclaimed For the Record Company.

During his early career, he landed on as many as supporting and minor roles in television shows including “Medium”, “Viralcom” and “CSI: Miami”.

Porte starred in a handful of television movies for Hallmark Network including the 2017 movie, Love at the Shore and the 2018 film, Love, Once and Always and 2019 film Rome in Love.

During his brief modeling career, Peter Porte appeared in a ton of fashion shows in Milan and Paris.