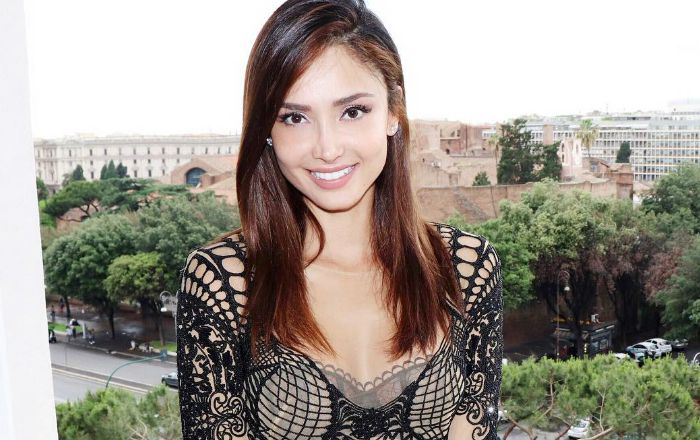 Who is Patricia Gloria Contreras?

Patricia Gloria Contreras is a Mexican model and actress best known for playing the lead role of Lona in the drama TV series, The Lady 2: L’Odio Passionale. She gained massive notoriety as a presenter for E! TV that led her to fetch various roles in films and television and not to mention her successful modeling career.

While not much is known about her family and her childhood, Patricia holds a degree in Marketing and International Business. She is of Mexican and Italian descent.

She prefers not to reveal anything about her relationship goals to tabloids and thus there is not much information available of any relation she has had in the past or in the present. However, the only thing that we know about her is that she has a son named Sasha.

After her stint in television, Patricia Gloria Contreras earned her first major film credit upon debuting as Lona in the Italian drama movie, The Lady.

Patricia Contreras made her TV show debut as Rosario Villa Lobos on Il commissario Rex in 2009.

For her role as Lona in the Italian film The Lady and the drama TV series, The Lady 2: L’Odio Passionale.

After obtaining her degree, she moved to Milan to try her luck in modeling. Not long before her stint in modeling, she made her herself known to the masses through a string of appearance in popular TV series like “Skertzi a parte”, “Commissario Rex” and ” Non e stato mio figlio”.

Prior to her work as a model, she worked as a marketing executive for BMW in Mexico.

Patricia Contreras has been featured in numerous publications such as GQ Italy, Top Magazine Italy, Nuovo, and Buzzland.

She lives in Rome, Lazio.

At the 2018 Cannes Film Festival, the Mexican beauty suffered a nip slip due to wardrobe malfunction on the red carpet. She slew in a strapless white gown to promote her film, Todos Lo Saben (Everybody Knows).