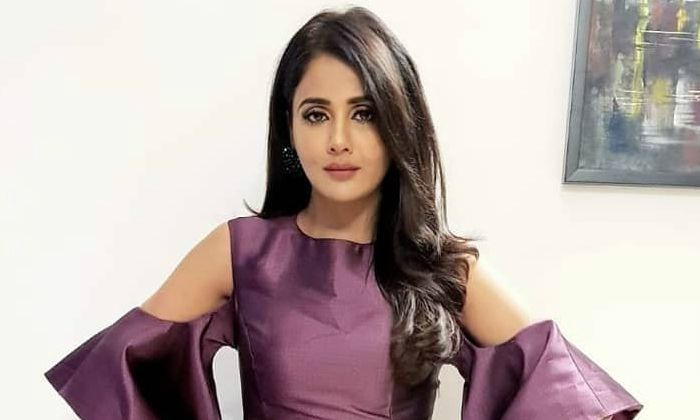 The gorgeous and young talented actress from Mumbai Parul Yadav is well-known for her work in films and television series. Parul stormed the glamour world before making a huge impact in showbiz through her stunning performances in films and television shows. She predominantly works in the Kannada industry and quite popular for her roles in films like Govindaya Namaha, Bachchan, Aatagara, Killing Veerappan, among others.

Parul Yadav was born on the 5th of June 1989, in Mumbai, Maharashtra, India. She is currently 32 years old.

Unfortunately, not much is known about her family, education as well as her childhood.

Parul Yadav is kind of a person who rarely opens about her personal life and thus we couldn’t find any information related to her past or present relationships.

In 2004, Paril made her acting debut as one of the leading ladies in the Tamil romantic movie, Dreams. The following year, she made her Malayalam debut with the film, Kirthyam and subsequently did a bunch of movies over there.

In 2012, she landed a breakthrough role in Kannada in a comedy film Govindaya Namaha as Mumtaz. The film was commercially successful as well as earned her various awards including  Best Female Debutant SIIMA – Kannada, Promising New Comer (Female) – Bangalore Times Film Awards 2012.

With her films not performing as expected at the box office, she took hiatus from acting in films and shifted her focus to television series. In 2009, She eventually made her first TV show appearance in the drama series Bhagyavidhaata.

She has worked with various brands like Kalamandir Sarees. She was made the brand ambassador for Telugu Warriors.

Parul Yadav’s net worth is not available right now. She charges a hefty amount for every movie she stars in.

After graduation, she ventured into modelling and during her stint as a model, she had walked the runway for famous designers.

She was discovered by an ad filmmaker when he spotted her walking the runway at a fashion show. He immediately approached her and offered an advertisement gig, and she accepted it.

Though, she plunged into acting in 2004, she became popular only in 2009 after she was cast in the commercial hit Kannada film, Govindaya Namaha.

She has her own interior design company in Mumbai.

In 2013, she won Suvarna Award for Lux Glamour Icon of the Year.

In January 2017, Parul Yadav was savaged by stray dogs in Mumbai while out for a walk with her pet dog early in the morning. She had to be hospitalized to take care of her wounds.