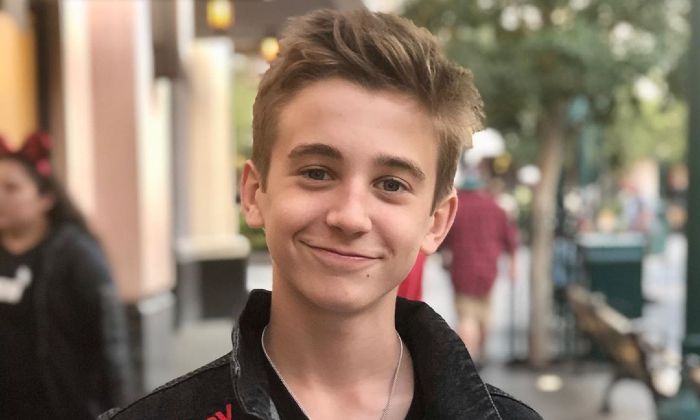 Parker Bates is an American actor who came into the limelight after playing Young Kevin in the drama series “This Is Us”. Having started his career as a model at the tender age of two and after appearing in a lot of commercials and short films, Bates decided to set his sights on Hollywood. He secured his first major role on NBC’s hit show “This Is Us” and went on to play Tim Hart in the feature film “Magic Max”.

His other notable acting credits include parts in “Teachers” as ‘Jonah’, a voice role in Disney’s “Tangled: The Series” and playing the lead in the short film “Pink Jacket”, opposite his brother Prestyn. Besides all this, he served as a red carpet correspondent for iHeartRadio Awards where he interviewed musicians like Bebe Rexha, Agnez Mo, Billie Eilish, Garth Brooks, and Kacey Musgraves, among others.

Parker Bates was born on the 1st of March 2007, in Dallas, Texas, United States of America. He is currently 15 years old.

While there’s not a lot to share regarding the personal matters of Parker Bates, he is the younger brother of actor Prestyn Bates. He has kept everything in regards to his family, education as well as his early life under the wraps.

Well, Bates is too young for a relationship and is currently focusing on his career and education. Other than that, nothing is known about his romantic life.

Parker Bates made his acting debut as Tim Hart in the drama film, Magic max, alongside Ivan Sergei and Barry Corbin.

Bates landed his first acting gig, a series regular, on NBC’s hit show “This Is Us” in 2016. He’s playing the role of Young Kevin Pearson, son of Rebecca (played by Mandy Moore) and Jack (played by Milo Ventimiglia).

Parker Bates launched his modeling career at the age of two years old.

He had a knack for acting from a very young age and accompanied his brother, Prestyn Bates to a commercial audition and landed himself in the commercial.

He has appeared in several commercials and short films before securing a role on NBC’s “This Is Us”.

Bates has made appearances on platforms such as Buzzfeed Tasty and has published recipes in OK Magazine!

He is the face of Paw Works Rescue Group in Thousand Oaks California.

He has two rescued pups, Archie and Rico.