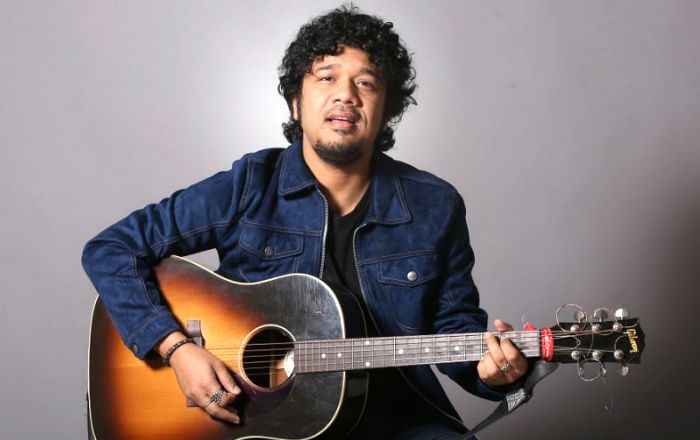 Angarag Mahanta, popularly known by his stage name Papon, rose to prominence as the lead vocalist of the folk-fusion band called Papon. This Assamese singer has sung in different languages including Hindi, Punjabi, Tamil, Marathi, Mishing and Bengali. Some of his hit tracks include “Ujai Ja Noi”, “Boitha Maro Re”, “Moh Moh Ke Dhage”, and “Kyun”.

Angarag Mahanta was born on 24 November 1975, in Nagaon, Assam, India.

His ancestry is Assamese.

Papon attended Kendriya Vidyalaya School in Nagaon, Assam. He later attended the Motilal Nehru College and Ramjas College from where he earned his bachelor’s and master’s degrees.

Papon tied the marriage knot with  Shweta Mishra Mahanta and together they have a son named Puhor Mahanta and a daughter named Parijaat Mahanta.

He hasn’t revealed his shoe size to the public.

In 2011, he appeared in the first season of the singing reality show, The Dewarists where he sang the song “Khule Da Rabb’ along with Rabbi Shergill.

His net worth is under review.

Hailing from a family of musicians, Angarag got interested in music and learned to sing at a tender age.

He has been trained in Indian Classical, Devotional (Borgeet), and Folk Music. He also learned to play the khol, tabla, guitar, and harmonium.

His music covers genres such as ambient electronica, acoustic folk, and new-age Indian classical music and it has been identified as having traces of pentatonic Mongoloid notes, local river song influences, and ghazals.

He wanted to travel around the world and perform in various music festivals as well as to meet different musicians.

In 2007, Papon formed a six-member electronic folk-fusion band called Papon and The East India Company. They have performed twice at the SAARC Music Band Festival in New Delhi, the Eastwind Festival, and the Kovalam Literary Festival.

In 2013, Papon composed the theme song for MTV Roadies X: Battle for Glory – “Jajabor” (Jajabor being an Assamese word for yayavar – “travel”).

In 2014, he produced an episode of the popular TV series ‘MTV Unplugged’

In 2015, he was declared the “Assamese of The Year” by Assamese news channel News Live.

He has been featured in MTV Coke Studio.

He was one of the judges on the Hindi singing reality show “The Voice Indian Kids”.

In February 2018, Papon was accused of kissing a minor girl in the reality show, “The Voice Indian Kids.” Runa Bhuyan, a Supreme Court lawyer lodged a complaint against him at the National Commission for Protection of Child Rights under the Protection of Children from Sexual Offences (POCSO).

Papon stepped down as the judge of the show after facing backlash from the Indian masses.