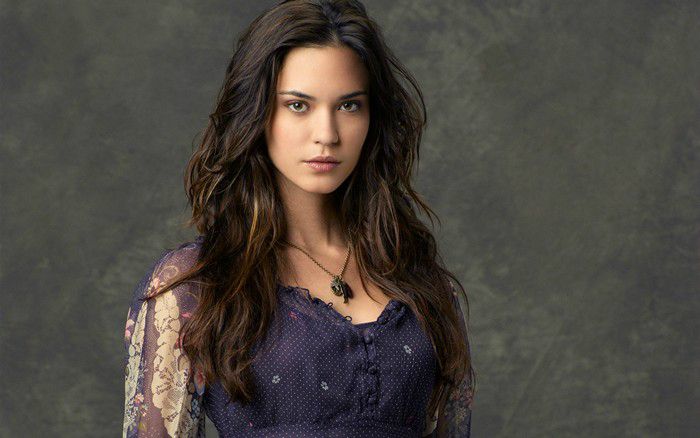 Odette Annable is an American actress who is immensely popular for her roles as Dr. Jessica Adams in Fox’s medical drama “House”, Aubrey Diaz in ABC’s series “October Road” and Beth McIntyre in the monster flick “Cloverfield”. The stunning beauty has starred in a number of films and television productions. Her other acting credits include her roles in “Supergirl”, “Two and a Half Men”, “Life on Mars”, “House, and Monk”.

Odette Annable was born on the 10th of May 1985, in Los Angeles, California, United States of America. She is currently 37 years old.

Odette Annable got educated at the Woodcrest Christian High School in Riverside, California.

Annable married her Brothers & Sisters TV co-star Dave Annable in October 2010. They have a daughter together, Charlie Mae, born on September 7, 2015. In October 2019, the couple announced their separation but decided to reconcile in August 2020. She suffered a miscarriage in June 2021. In May 2022, Annable and Dave announced that they were expecting their second child together.

Odette Annable made her acting debut in 1990 as a child actress playing a Spanish-speaking student in “Kindergarten Cop”. She was just 5 years old when she acted in this film.

She landed her first leading role in the 2008 horror film, “Cloverfield”, in which she played the role of  Beth McIntyre. The movie centers on six young New York City residents fleeing from a massive monster and various other smaller creatures that attack the city while they are having a farewell party.

Odette Annable had her first TV show appearance on an episode of the Fox sitcom, “Quintuplets” in 2004. Before that, she acted in a television film entitled “Remembrance” in 1996.

As of 2022, Odette Annable’s net worth is estimated to be $4 million dollars.

In addition to her first language English, she is also fluent in Spanish.

She voiced the character, Amata Almodovar, in the 2008 video game Fallout 3.

In March 2014, she was cast as Trudy Cooper in the ABC series The Astronaut Wives Club.

She loves sports and fashion.

When asked about what attracts her to a man, she said a great smile, confidence, not cockiness, and a gentleman who knows the importance of chivalry.

In 2021, she joined the cast of Walker in the recurring role of Geraldine “Geri” Broussard and became a series regular with Season 2 of the series.