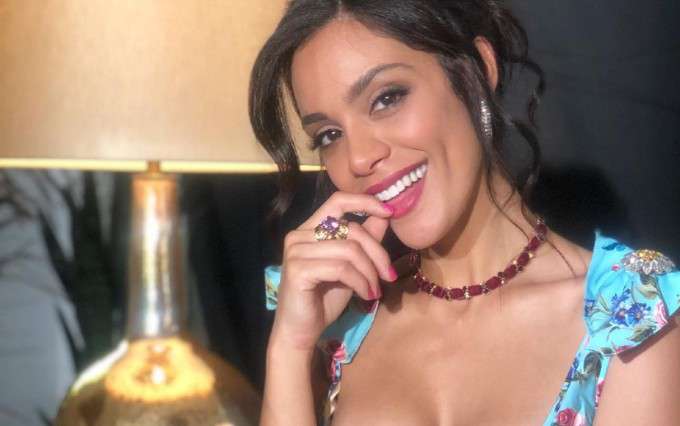 Odelya Halevi is a breakout star from Rosh Ha’Ayin, Israel. She rose to fame after starring on NBC’s Law & Order Season 21 as Samantha Maroun alongside some of the big names in the industry. It is one of the long-running TV shows which originally went on the air on September 13, 1990.

Apart from this, she has had guest-starring roles in TV shows like Good Trouble, Midnight, Texas, Good Girls Revolt, Starship Orion, and The Bold and the Beautiful. It is without a doubt, the gorgeous Israeli actress has already garnered pretty much attention for herself, cementing a place in the entertainment industry. Here’s everything you need to know about the Israeli actress Odelya Halevi.

Concerning her family and early life, very limited information is available right now. The actress is relatively private as she had never shared anything bout her family, childhood, and education. She is the second oldest and the oldest girl child to her parents. She has five siblings, including a younger brother who wants to become a director, following in her footsteps.

Odelya attended an Orthodox girls’ school in her hometown where she had acted in some school plays. That, actually, fueled her interest in acting and moved to the United States to pursue her dreams.

Odelya Halevi is known to be secretive when it comes to her personal life. She keeps the romantic aspect of her life to herself while maintaining a low profile.

Odelya Halevi is one of the few faces joining the Season 21 of Law & Order. She plays a key role in the series as Assistant District Attorney Samantha Maroun. Thanks to her part on Law & Order, she gained a wider reach and praise that actually led to an acting part in the movie Black Adam opposite Dwayne Johnson.

Prior to this role, the actress was widely known for Good Trouble, Good Girls Revolt, New Girl, Mike and Molly, Midnight, Texas, NCIS, MacGyver, and Why Women Kill.

Odelya Halevi was born and raised in her hometown of Rosh Ha’Ayin in Israel.

She served in the Israeli military when she was about 18, which is mandatory for everyone in the country attaining the age of 18.

At 19, she moved to Los Angeles, United States on a working visa. Initially, she had to struggle a lot to meet her ends and even worked in a restaurant. She booked commercials after being signed by a talent agent.

Halevi’s first television role was in the TV series New Girl in 2014, in which she co-starred with Zooey Deschanel, Jake Johnson, and Max Greenfield. She then went on to star in numerous television series, including Starship Orion, The Bold and the Beautiful, Good Girls Revolt, and NCIS.