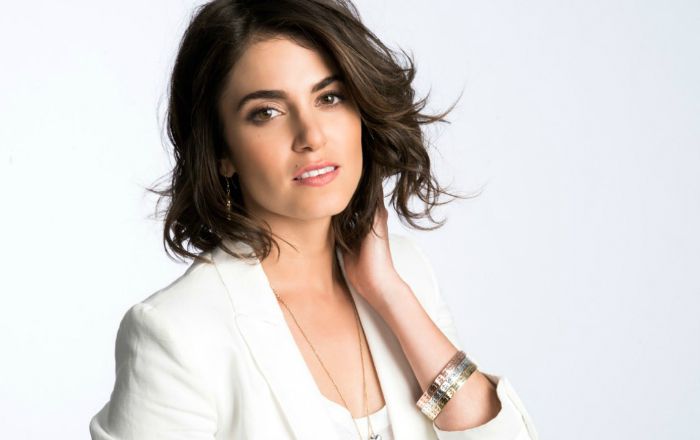 Nikki Reed is an American actress who is famous for her starring role as vampire Rosalie Hale in The Twilight Saga film series. She won several awards for her role in her debut film Thirteen, in which she was also credited as co-writer along with Hardwicke. She is also known for her roles in films such as Lord of Dogtown, Family Strangers, and Enter the Dangerous Mind.

Nikki Reed was born on the 17th of May 1988, in Los Angeles, California, United States of America. She’s currently 33 years old

Reed attended Alexander Hamilton High School in Los Angeles. After that, she was homeschooled due to the harassment she faced from the mothers of other students.

Reed was previously married to Paul McDonald, a singer-songwriter and former American Idol contestant. They got engaged in June 2011 and married on October 16, 2011. The couple announced their separation in March 2014 citing “irreconcilable differences”, and the divorce was finalized on January 2, 2015.

Prior to that, she was in relationships with stars such as Derek Hough, Paris Kasidokostas Latsis, Robert Pattinson, Ryan Phillippe, and Victor Rasuk.

In 2003, Nikki landed her first acting role in the film Thirteen plying Evie Zamora. She was also the screenwriter for the film. She won an Independent Spirit Award for Best Debut Performance for her role in the film.

In 2006, Nikki Reed did a guest appearance in the teen drama TV series The O.C. as Sadie Campbell. She appeared in a total of six episodes.

For her role as Evie Zamora in Thirteen (2003), and as Rosalie Hale in the Twilight film series.

Reed had stated in many interviews that she had a difficult childhood. Her parents divorced when she was two years old and was raised by her mother. At the age of 14, he began to live on her own in apartments in the Los Angeles area.

She released her first EP titled “The Best Part”, on October 29, 2012 with her ex-husband Paul McDonald. She also released a music video  for their single, “Get the Girl Back”, in April 2013.

Reed is close friends with her Twilight co-star Jackson Rathbone and Spy Kids actress Alexa Vega, who was her matron of honor at her first wedding.

She is also an animal rights advocate.

Nikki was honored with the ASPCA Compassion Award for her contributions to animal welfare on October 22, 2014.