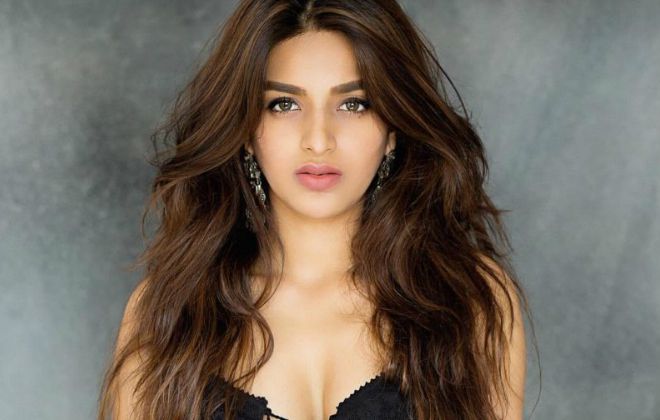 Nidhhi Agerwal is an Indian actress, model, and dancer probably best known for her roles in such movies as Munna Michael, Savyasachi, Mr. Majnu, and iSmart Shankar. In 2017, she won her first-ever award – Zee Cine Awards for Best Female Debut – for her performance in the movie Munna Michael. Her film credits include Eeswaran, Bhoomi, and Hari Hara Veera Mallu. She’s also known for her huge presence on Instagram, where she has over 25 million followers. In 2014, she made it to the finals of the Yamaha Fascino Miss Diva beauty pageant. Besides all, she has been featured in editorials of several Indian publications.

Nidhhi was born on the 17th of August 1993, in Hyderabad, Andhra Pradesh (now Telangana) India. She is currently 29 years old.

Nidhhi Agerwal is the only child to her parents Indu Agerwal Aman and Rajesh Agerwal. She is of Marwari descent.

She is a college graduate having attended Vidyashilp Academy and Vidya Niketan School. After matriculating, she enrolled at Christ University, located in Bengaluru, from which she earned her BA degree in Business Management. In addition, she took dance lessons from an early age and is an accomplished ballet, Kathak, and belly dancer.

Talking about Nidhhi’s relationship status, it is believed that she is currently single. She’s very open-minded regarding her professional endeavors but she’s just the opposite when it comes to her dating life. It looks like she prefers to keep her private life away from the public eyes.

She was previously in a relationship with actor Harshvardhan Kapoor and cricketer K. L. Rahul.

Nidhhi Agerwal made her acting debut in the 2017 Hindi film, Munna Michael, playing the lead role of Dolly / Deepika Sharma opposite Tiger Shroff.

Her Telugu debut came in 2018 when she was chosen to play Chitra in the action-drama film, Savyasachi, opposite Naga Chaitanya.

Nidhhi has appeared in the talk show called The Kapil Sharma Show.

Best known for her editorials on leading Indian publications and ad campaigns for several domestic and international brands.

Her portrayal of Deepika Sharma in the 2017 Bollywood film, Munna Michael.

There is no data available related to her net worth or salary.

She was raised in Bengaluru, where she spent most of her childhood.

She is a life member of the International Film And Television Club of the Asian Academy of Film & Television.

Nidhhi has participated in many beauty pageants, including Yamaha Fascino Miss Diva 2014.

She is trained in Ballet, Hip-Hop, and Belly forms of dance.

In 2017, she won the Zee cine Awards for Best female debut for her role in the movie, Munna Michael.