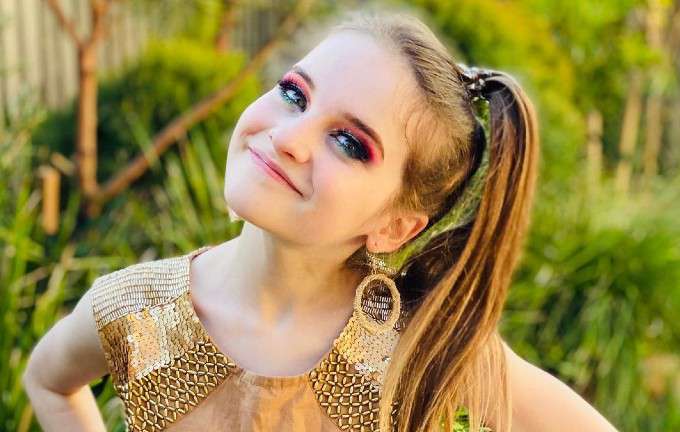 Naz Norris is a child YouTuber and social media sensation from Australia. She is one of the featured members of the family YouTube channel, The Norris Nuts which has garnered more than 6.2 million subscribers. The family has other channels too, which have a combined following of over 6 million subscribers. She’s the youngest of Justin Norris’s daughter, a former competitive swimmer, and his wife Brooke Norris. The channel features family vlogs and challenges among other lifestyle content. The budding YouTuber also doubles as an Instagram model, who has over 700 thousand followers.

Naz Norris is one of six children of Justin Norris and Brooke Norris. Her father is a former competitive swimmer who won the bronze medal in the 200 meters butterfly at the 2000 Summer Olympics in Sydney, Australia. Her mother is a former junior champion in swimming and a social media influencer.

She has five siblings named Sockie, Sabre, Biggy, Naz, and Disco. All of them are YouTube stars and they often feature on their family channels.

Naz is a star in her own right. She has accrued more than 700 thousand followers on Instagram.

She began to appear on their family YouTube channel at the age of three and is now a breakout star on the platform.

They launched their family channel The Norris Nuts in June 2014 and the channel has since garnered more than 6.1 million subscribers and the numbers are growing still.

Naz has an Instagram page that has over 700k followers.

She loves surfing and skateboarding.